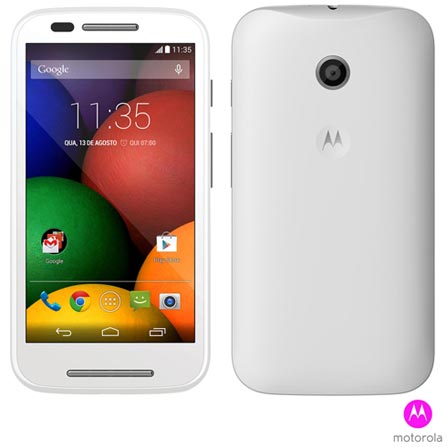 We’ve known for quite sometime about Motorola plans to introduce a rock bottom low priced smartphone for the masses. After stripping away several “high-end” smartphone features for the Moto G, it appears Motorola will take this one step further with the newly leaked Motorola Moto E — bringing the modern day smartphone back its basics. 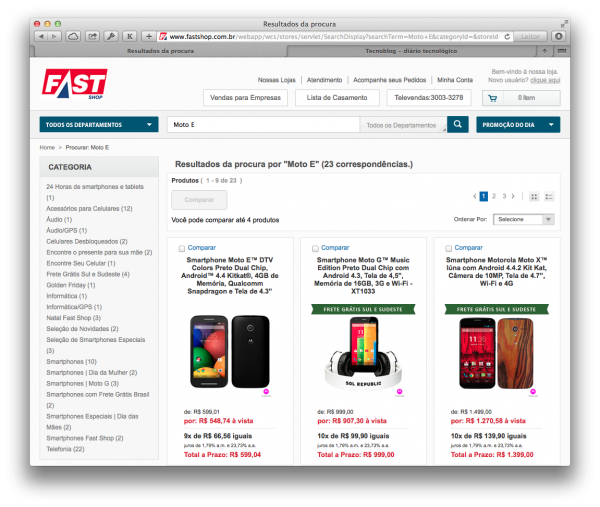 Discovered on Brazilian retailer FastShop’s website, the Motorola Moto E made a brief appearance before the entire listing was removed. But while it was up, the listing revealed not only a handful of press images of the phone, but its hardware specs as well. A screenshot was grabbed by the folks at Technoblog and while pricing doesn’t always translate so well overseas, it’s clear Motorola is planning on making the phone nearly half the price of the Motorola Moto G. 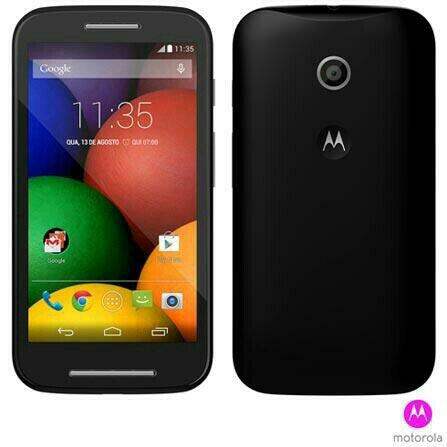 So exactly what else can Motorola strip away from the Moto G to bring the price down further? Here are just a few of the luxury amenities Motorola will be leaving out of the Moto E in an effort to drive down costs: no LTE, no front facing camera, no LED flash. You will notice the surprising inclusion of what appears to be stereo front facing speakers. Let’s hope this is the start of a new trend in mobile devices. Here are a few of the specs that were revealed in its listing before it was removed.

It’s clear for older/younger folks, some of these features aren’t in their list of needs (more like wants). Stripping away all these extra hardware features leaves you with a smartphone in its purest form, and one that’s easy on the wallet. After already leaking on Motorola’s site and popping up in retailer sites around the world, we imagine it wont be very much longer before Motorola finally takes the wraps off the Moto E.

Motorola has been hyping a social media campaign they’re calling “#GoodbyeFlipPhone” with a mysterious date of May 13th. Sounds like the Moto E could be the way out some users need to finally ditch their feature phone and get on the Android train.