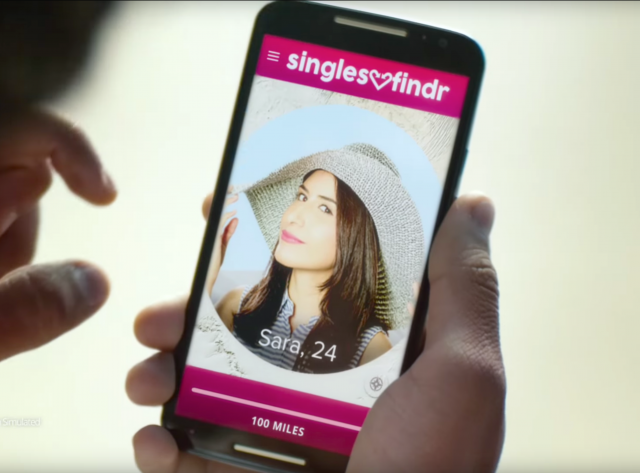 Yesterday, Motorola uploaded a new commercial to their YouTube channel advertising the recently launched Motorola Moto G 2015. While the quick ad sport was refreshingly chuckle-worthy, there was something that stuck out to us during close ups of the phone. Wait — is that. No, it couldn’t be. Tiny bezels… IR sensors in the bottom corners… Holy crap that’s a Moto X 2nd Gen!

Other hints like a metal frame with plastic lines can also be seen in the video which, according to their position, tell us it’s the Moto 2nd Gen and not the Moto X Style’s (which are much closer to the USB port). Now, we get it. It’s a common mix up. Especially when your entire product line looks so similar. But this wasn’t a quick social media post as we saw with the One M8/M9 flub — this is a full blown commercial.

Lest anyone think we’re being a little too hard on Motorola, we understand this is more on whoever they contracted to make the commercial. Still, you would think whoever cleared this on Motorola’s end would have noticed they were using last year’s flagship to advertise this year’s mid-range offering. We’re not even mad, we just expected more. See for yourself if you would have spotted the difference in the video below.