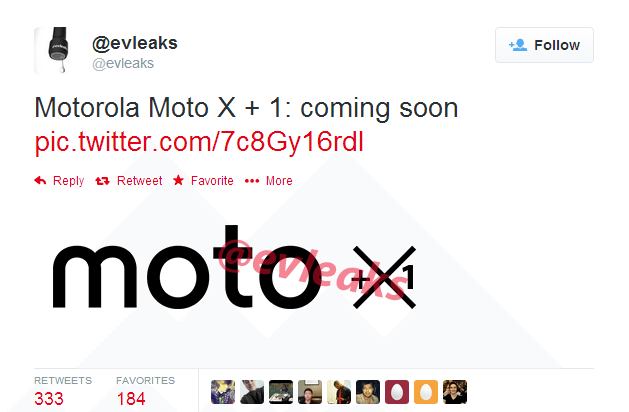 Our favourite leakster has a pretty juicy little tweet to share with us.  @evleaks has tweeted the name of what we believe to be the next Motorola flagship device.  The name of the upcoming device?  The Moto X+1.  Personally, I’m really not a fan of this name.  It doesn’t have a lot of bite to it and the market already has a One and a OnePlus One is on the way too.  Perhaps Motorola needs to go back to the brainstorm wall on this one…

Sadly, nothing else was leaked but if Motorola builds on what they accomplished with the Moto X, they will most definitely have my attention… and perhaps my money too!

Moto X+1 To Be Motorola’s New Flagship? is a post from: Android in Canada Blog

The post Moto X+1 To Be Motorola’s New Flagship? appeared first on Android in Canada Blog.