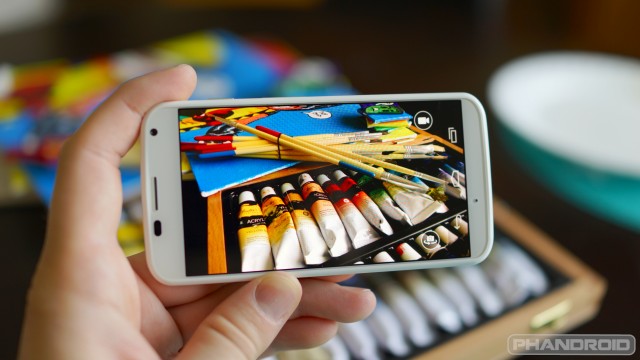 T-Mobile, Sprint, and AT&T have all pushed out the camera ‘n bug fixing update to the Motorola Moto X, and here we were thinking Verizon customers wouldn’t be seeing the same update until much later down the line. If the new round of soaks tests for the Verizon Moto X is any indication, looks like we could be seeing that update sooner than later.

Some lucky members enrolled in the Motorola Feedback Network have been receiving emails notifying them of a soak test for the Verizon Moto X is underway. The email doesn’t give a changelog or any details as to what the update entails, but we have a feeling it’s the same one everyone else already received to address camera and call quality, bugs, and the like. 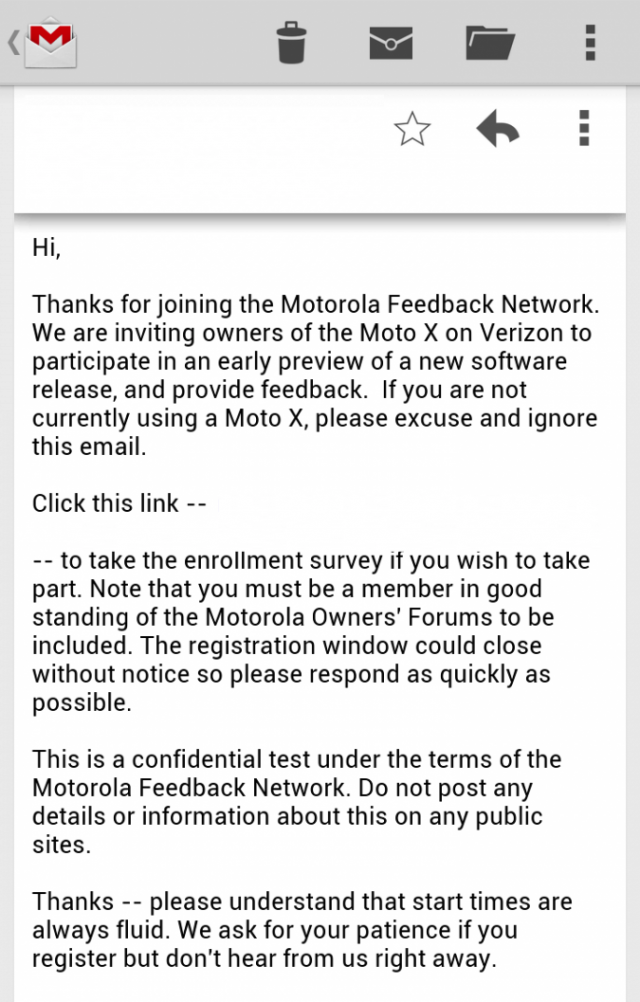 Looking to enroll in the Motorola Feedback Network? All you have to do is update your Motorola profile, then opt-in for the Motorola Feedback Network here. After receiving the welcome email in your inbox, you can then register your device for a chance at receiving early updates like this. Unfortunately, signing up now probably means you missed out on testing this particular update, but it doesn’t hurt to try.