David Shuster dropped some good news to those people still hanging on the the aging Moto X (2013) today on Google Plus. He also probably shared the news on other social media sites too, but I don’t frequent other sites.

According to our friend Shuster, the soak test for 5.1 are starting in the United States, Brazil, and Canada. He expects for full release of 5.1 for the first generation Moto X to start in a few weeks.

It is worth nothing that Schuster notes that Motorola Update Services need to be at version 4 or higher in order to get the 5.1 updates, so make sure to hit the Play Store and make sure your Motorola apps are all up to date!

Hopefully the soak test goes alright and we can bask in 5.1’s glory sooner rather than later!

It might have taken a while, but it should be well worth the wait. Hold on tight, 5.1 is coming soon! 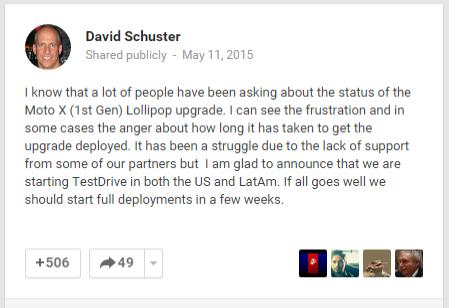 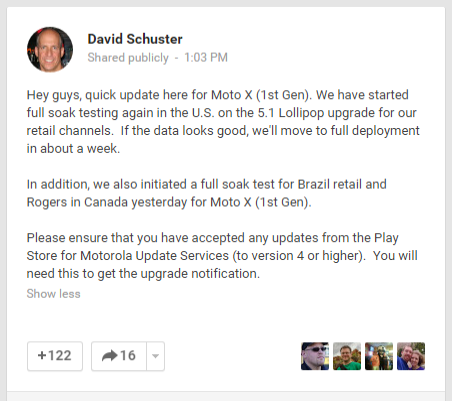 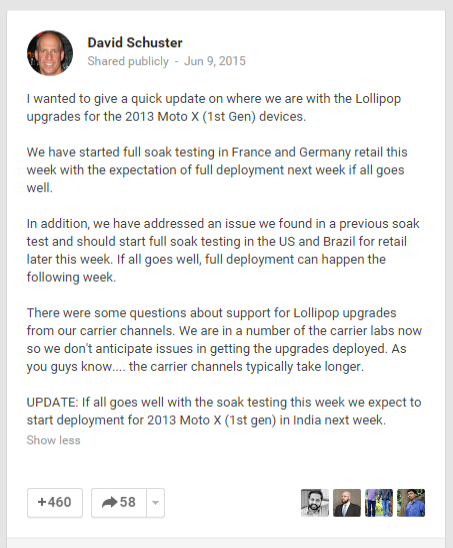 The post Motorola starts 5.1 soak test for the 2013 Moto X in the US appeared first on AndroidGuys.