Motorola Xyboard 8.2 (Xoom 2 Media Edition) Gets Torn Down at the FCC

Don’t you just love it when a freshly launched tablet comes in for a dissection process? This is the case of the 8.2 inch Motorola Xyboard 8.2 aka the Motorola Xoom 2 Media Edition, that was recently torn down by the FCC. The authority has the pics to prove it and they’re shown below, for your viewing pleasure. 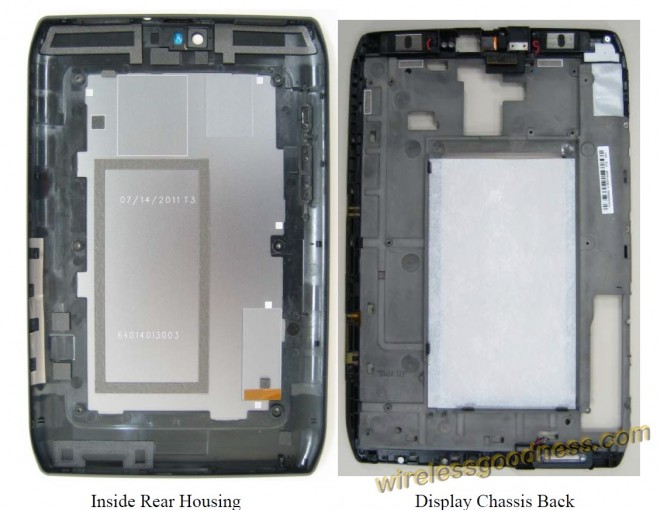 We’re dealing here with the 8.2 inch unit that made an appearance at the FCC first in October. The internal FCC photos reveal the main board, camera modules, display and antennae, but no exact pic of the device’s chips. The Xyboard 8.2 debuted in the UK as the XOOM 2 Media Edition 8.2. The Xyboard branding applies on the US carrier Verizon and if you must know you can find on the Tablet-news.com YouTube channel a full review of the 10.1 inch version of the Xoom 2 tablet, so be sure to check it out.

8.2 inches of diagonal is certainly an original choice in this time and age where 8.9 inch, 10.1 inch and 7 inch models rule. Of course, you have the original Apple with the 9.7 inch iPad and the crazy Samsung, with the 7.7 inch Super AMOLED Plus model and the upcoming 11.6 incher… When will the fragmentation end?