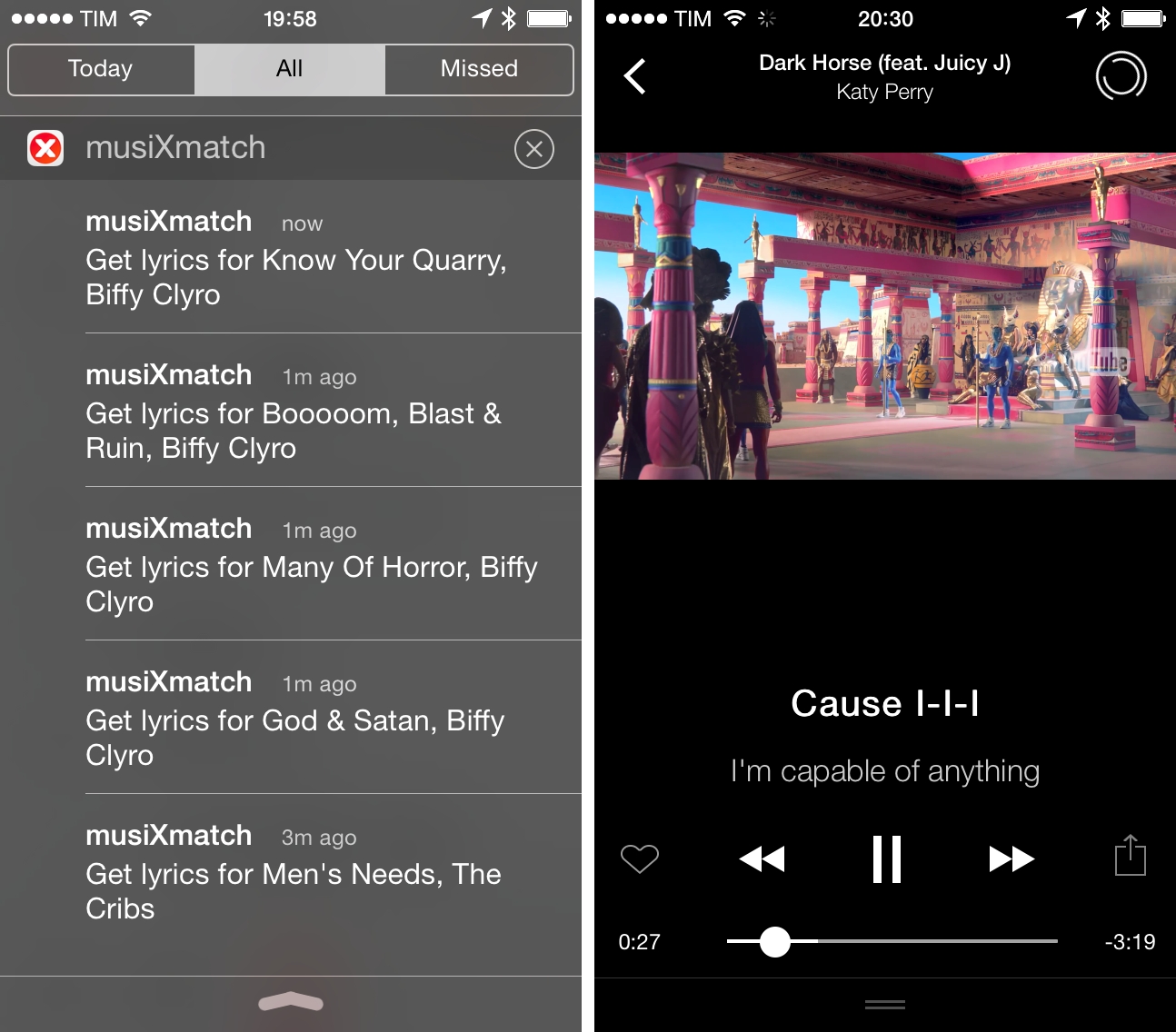 With an update released over the weekend, musiXmatch — my favorite lyrics discovery tool for iOS — added support for video playback on iPhone, faster performance for older devices (iPhone 4 and 4S), as well as a new way to quickly get lyrics for the song that’s currently playing in the Music app.

As I previously detailed in my review, musiXmatch provides a large catalogue of lyrics officially licensed from music labels and publishers and available either by tagging a song through the microphone (a process similar to Shazam) or by using musiXmatch as a music player for your local library (a feature that is nicely done, as it also supports iTunes Match and iCloud playlists). In version 4.1, aside from improvements for older iPhones, musiXmatch is notably faster in network communications to fetch lyrics and start playback; especially on WiFi, this is a welcome change, and I hope that the updated backend will result in fewer downtimes for the service going forward.

Previously only supported on the iPad, videos make their debut on musiXmatch 4.1 for iPhone and they’re just as impressive. For songs that can’t be found in your local music library, musiXmatch will load the YouTube version overlaying on-time lyrics on the video with support for both landscape and portrait orientations. There are settings to load videos in crisp 720p and 1080p high definition, which, combined with the app’s translucent lyrics panel, make for a good-looking video + lyrics experience on iOS 7.

musiXmatch continues to be an impressive solution to find lyrics on iOS — I ran across a few issues with local notifications and I’m still waiting for login options that don’t require Facebook or Google+, but, overall, I highly recommend it. musiXmatch 4.1 is available on the App Store.