Let’s face it, the first LG Optimus Pad was a failure… it had a price that was way too high, its 3D was useless and unimpressive and the G-Slate (as it was called in America) was quickly forgotten. At least up until now, when we got a LTE version with a better CPU and improved hardware. Now let’s see what this device can do, in a hands on experience coming straight from Barcelona. 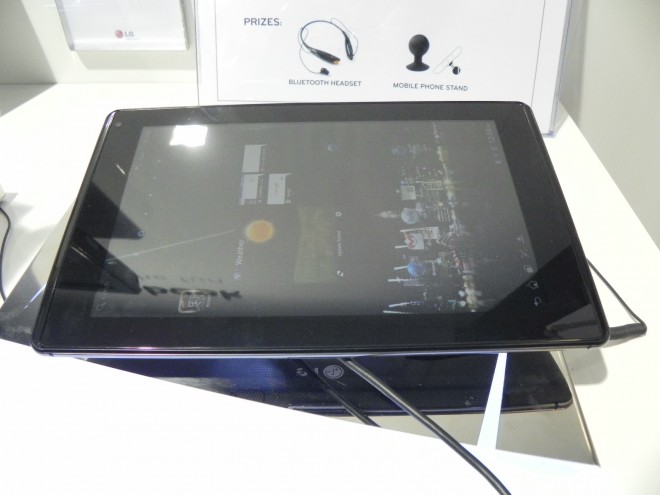 The design remains the same, with an 8.9 inch diagonal, making the device more portable than the 10 inchers, plus a bright display and a case with a good grip at the back. The slate runs Honeycomb for now, but Android 4.0 ICS is on its way, I bet. The movement of the UI and browsing through menu looks smooth and lag-free. And now here are the specs:

In the video preview we get through the widgets section, we’re shown the back side of the device, the camera area and the glossy front. This slate is capable of videocalls through the front camera and other than that I can see no special feature to make it a hot seller. LTE is not all that impressive, considering how few countries in Europe actually have this service activated. One can only hope for a decent price for the LG Optimus Pad LTE. Keep in mind that in some parts of the world, this device was already launched in January! 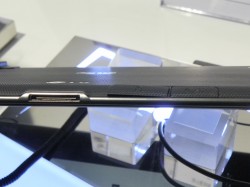 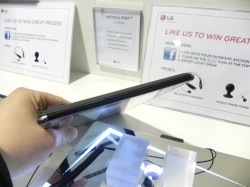 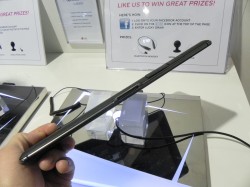 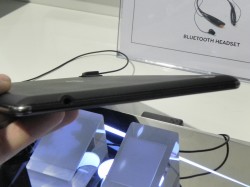 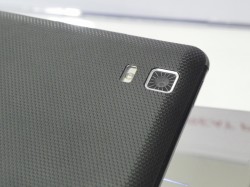 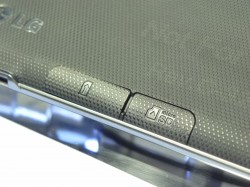 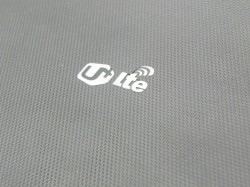 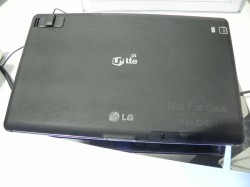 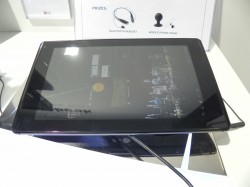 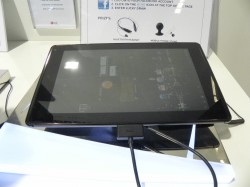 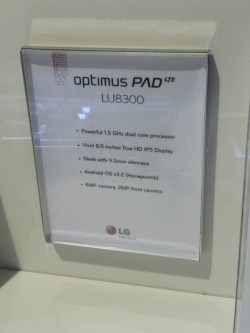