My Windows Phone makes me WANT an iPhone 5s 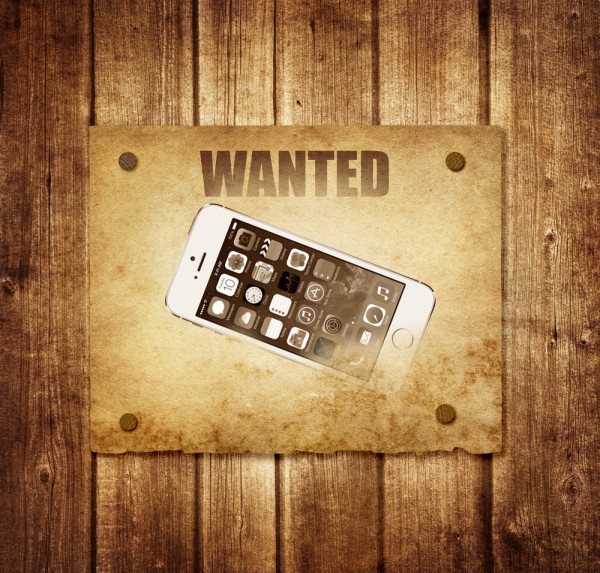 Sometime around this day, last year, I wrote an opinion piece that resonated with many of you. It's called "I want nothing to do with iPhone 5". So you may be wondering why I am not writing the same story as I did in 2012, but this time around with a "5s" replacing the "5", from top to bottom. The reason for my apparent insanity is quite simple. Since writing that piece I've used Android and, most recently, Windows Phone 8 as my daily platform (yes, I'm calling it like that). The user experience has been, to describe it in one word, insightful. Insightful as to how good or bad Android and Windows Phone 8 are compared to anything that Apple released before iOS 7 and insightful as to how one can use different-sized smartphones with different feature sets and different quality standards.

Far from me to hold the iPhone 5s as the gold (no pun intended) standard by which other smartphones have to measure up to, but this year's model coupled with this year's software do make me reconsider my stance towards using Windows Phone 8 on a daily basis. I'm not going to pull that frankly idiotic 64-bit card -- which as some of you may know offers zero value to both users and developers, unless the iPhone 5s suddenly grows three more GB of RAM -- or the overdone and overused innovation card -- which as some of you may know is thrown around at everything today, from dishwashers to rehashed products. No, that's not why the iPhone 5s has gotten me intrigued. It's the overall package, which for once looks interesting enough to warrant serious consideration.

I have previously owned a second-generation iPhone -- that's the 3G model -- and an iPhone 4S. The former I used for about two years. The user experience was gruesome, as the smartphone was only good when it ran a jailbroken firmware with some processes tweaks (a lot of them were disabled to keep the RAM usage low). And, even so it was too slow. The software (iOS 3) was, quite frankly, outpaced quickly by Android shortly after I bought it. The iPhone 4S I had for less time. Don't ask how I got it (no, I didn't steal it) or why I sold it. But it was interesting, even though it still reminded me of the iPhone 3G that I had before -- the software looked pretty much the same and the display was just as big. I don't fancy big displays -- like the Samsung Galaxy Note II or Galaxy S4 have -- but I thought, at the time, that 3.5-inches were just not the largest Apple could go without hindering one-handed usability.

Which brings me to the topic of this story -- the iPhone 5S. It's the first smartphone that Apple released since 2007 that doesn't feature similar-looking software to its predecessor, a 3.5-inch display and performance issues (I've briefly used the iPhone 5 on more than one occasion and it was fast, so I doubt the iPhone 5s will be any slower). This is an unique combination for someone like me, who got used to a certain design, from iOS 3 to iOS 6, and a constant display size. And, as far as I can tell, it's the most different iPhone released so far, bar the 4-inch screen which was introduced last year alongside the iPhone 5.

I think my Nokia Lumia 920 is a fantastic phone, but an average smartphone. It's not the hardware's fault for this, as it has a great camera, great build quality (I can't remember how many times I've dropped it without any sign of damage), a just right display (size-wise), good feel in the hand, wireless charging and so on. I could bore you with the hardware specifications and impressions for much longer, but I'm sure you've read about those before. So what's the problem? Well, to keep it short, Windows Phone 8 lets it down, big time. The OS lags behind its contemporaries in terms of useful features. Notifications panel, hardware control toggles/switches, browser sync, voice control and individual volume control are just a couple of the features that Windows Phone 8 does not have. At least not right now, but until then it's pointless to argue how the OS is excellent at anything other than looking good, being decently smooth and showing info on live tiles.

I am not mentioning these downsides or oversights in order to bash Windows Phone 8 and praise iOS 7, but there comes a point when those features are not a whim but necessary to provide a great user experience and, quite frankly, necessary to make the most of out of my smartphone and the OS that it runs. The simplicity of Windows Phone 8, and the functionality that it offers for that simplicity, are unmatched today but I'm willing to trade simplicity and the understated looks for an OS which offers more. iOS 7 offers much more. And, I strongly doubt that Microsoft will be able to keep up even with the upcoming Windows Phone release. But, I somewhat digress now.

In my opinion -- and, feel free to disagree, as usual -- iOS 7 is the most daring smartphone operating system available today, from a design perspective. And I like daring. I like daring a lot, in fact, because I like doing and looking at crazy (bold) things. Apple really took a chance with the design of iOS 7, as it got rid of a six-generation look and replaced it with something that's colorful and in your face. In your face isn't a bad trait for me because, you know, I like crazy things, as I've just said. I am aware that Apple has yet to ditch its walled-garden approach in regard to the amount of control the user has over the operating system, but except for Android, Windows Phone 8 isn't much different in this respect either and I've gotten used to that approach for that usage scenario.

At this point you may be thinking that I only want an iPhone 5s because iOS 7 is shiny. And you wouldn't be wrong, except that you haven't heard (well, read) me talk about software features. I've mentioned above a couple of the features that Windows Phone 8 doesn't have, in contrast to the latest iOS release. There are a couple more that I like. First off, it's iTunes Radio which, ironically enough for Apple, works without paying a dime. It's free. I like it on my MacBook Air (came with iTunes 11.1). Have I mentioned it's free? Yes, I did (twice already). It works perfectly fine for me, bar the occasional ad which I can deal with. I know the paid version is not expensive but having the standard one as a no-cost feature is a nice touch (I'll stop hinting at the cost, or mentioning in any way, I promise).

I also appreciate automatic app updates, a feature which is not yet available on Windows Phone (but has existed on Android for quite some time now). I'm not the sort of person who looks online to check whether the latest update screws up anything, before updating. I just do it and I find it weird that I have to do it manually. It's not something new, but, again, it's a nice touch. I'm not going to blather about the rest of the features, as I have yet to test just how well or if they'll suit my digital lifestyle. But they've gotten me intrigued, and for me that's saying something, as they're available on an operating system which I didn't make me smile (than prior to not "touching" it) not even once, before. (I almost forgot to mention the free productivity software that comes with the new iPhone 5s, which again is a nice touch. There are other good examples of this, but I'd rather stick to the big ones, for me.)

Like I wrote in the second paragraph, I'm not going to ramble about the 64-bit prowess of the A7 processor. The benchmark scores posted by Anandtech are revealing enough, in my opinion, that it's a good piece of hardware for 2013 and the upcoming 12 months. And that's all that anyone should care about right now. That's all I care about right now. I did mention something about the "overall package", so let's talk about that.

The iPhone 5s does really not exceed in any particular category, hardware-wise. But it's one of the most compelling smartphones that I can buy today (well, with all the delays maybe next month, or as soon as it arrives at my local mobile operator), because, as it shares the same chassis with the iPhone 5, it's easy to hold (thin, narrow and light). It comes with an adequate display, pixel density-wise (326 ppi), even though it's a bit too small for my taste, and looks good (I quite like the gold, as it's a color unique to the 5s and seems rather well done). I can't comment on the camera quality, but based on the shots that I've seen around the web it's just as good, probably better, as the one in the iPhone 5. There's a balance -- not too much, not too little -- which I appreciate. The only other smartphone that comes close, in my opinion, is the HTC One (which is about six months old).

I quite like the colors too. I'm not a big fan of Apple's interpretation of a white iPhone, but the two-tone Space Gray looks really bad ass and the two-tone Gold looks distinctive. (Doesn't match any of my accessories or outfits, if you're asking. Have you watched this fake ad yet?) I quite wish Apple would do more colors with the iPhone 5s, like red and blue or purple. Until the day comes, if it will ever come, the three trims are good enough for a metal-made smartphone. And this brings me to the conclusion of this lengthy story.

Last year, the overall package of the iPhone 5 left me cold. This year, the overall package of the iPhone 5s leaves me intrigued, wanting one. I can't really ignore the Windows Phone factor of this equation, even though I have kept this story fairly focused on Apple's product. But, as I'm looking at iOS 7 from the perspective of a Windows Phone user anyway, part of this desire to have an iPhone 5s boils down to the dated, and sometimes frustrating, experience that the latter mobile OS and its ecosystem provide.

Maybe it's just me wanting the latter to be less mediocre and stop making silly excuses for itself way into the second half of 2013, but I genuinely believe that an iPhone 5s would suit me better in almost all areas that matter compared to my Windows Phone. I am not heavily invested in any ecosystem today, partly because I want to keep my options open. I still buy apps and test services, but I'm not getting hitched with any of them for the long run. This gives me a clear view at new platforms and devices, and right now, aside from the HTC One, the iPhone 5s is at the top of my smartphone list.