A new Galaxy-branded smartphone from Samsung got certified by the Wi-Fi Alliance. The SM-J737T1 is the model number of said smartphone, and the certification documents confirm that the phone will ship with Android 8.0 Oreo, or at least the version that got certified came with Android 8.0 Oreo, and of course the company’s custom UI on top of it. Wi-Fi Alliance documents also confirm that the phone will support both 2.4GHz and 5GHz Wi-Fi, in case you were wondering.

Now, we’re not really sure what phone is this, but considering its model number is ‘SM-J737T1’, it’s safe to assume that it belongs to the company’s Galaxy J7 series of smartphones. The Galaxy J7 (2018) was already announced back in June, and that phone has a somewhat different model number. The Galaxy Prime on T-Mobile and MetroPCS in the US had model numbers that began with ‘SM-J727’, but the Galaxy J7 Prime was refreshed this year, so that’s probably not what we’re looking at here. On the other hand, the Galaxy J7 Perx which was announced back in August 2017 came with a model number ‘SM-J727P’, so there’s a chance this mystery smartphone is its successor, though that’s up for discussion, of course, as nothing has been confirmed just yet.

In any case, the Samsung SM-J737T1 will be a budget smartphone, as it will belong to the Galaxy J series of devices, no matter if it ends up being exclusive to one of the US carriers, or an unlocked phone. The device will probably sport more bezel than the company’s mid-range and high-end devices, and it will probably resemble the Galaxy J7 (2018) quite a bit. That actually means that it may sport a physical key below the display, and two capacitive keys which will flank that home button, while the company’s logo will be placed above its display. Chances are that the device will be made out of metal and plastic, though it remains to be seen what will happen. 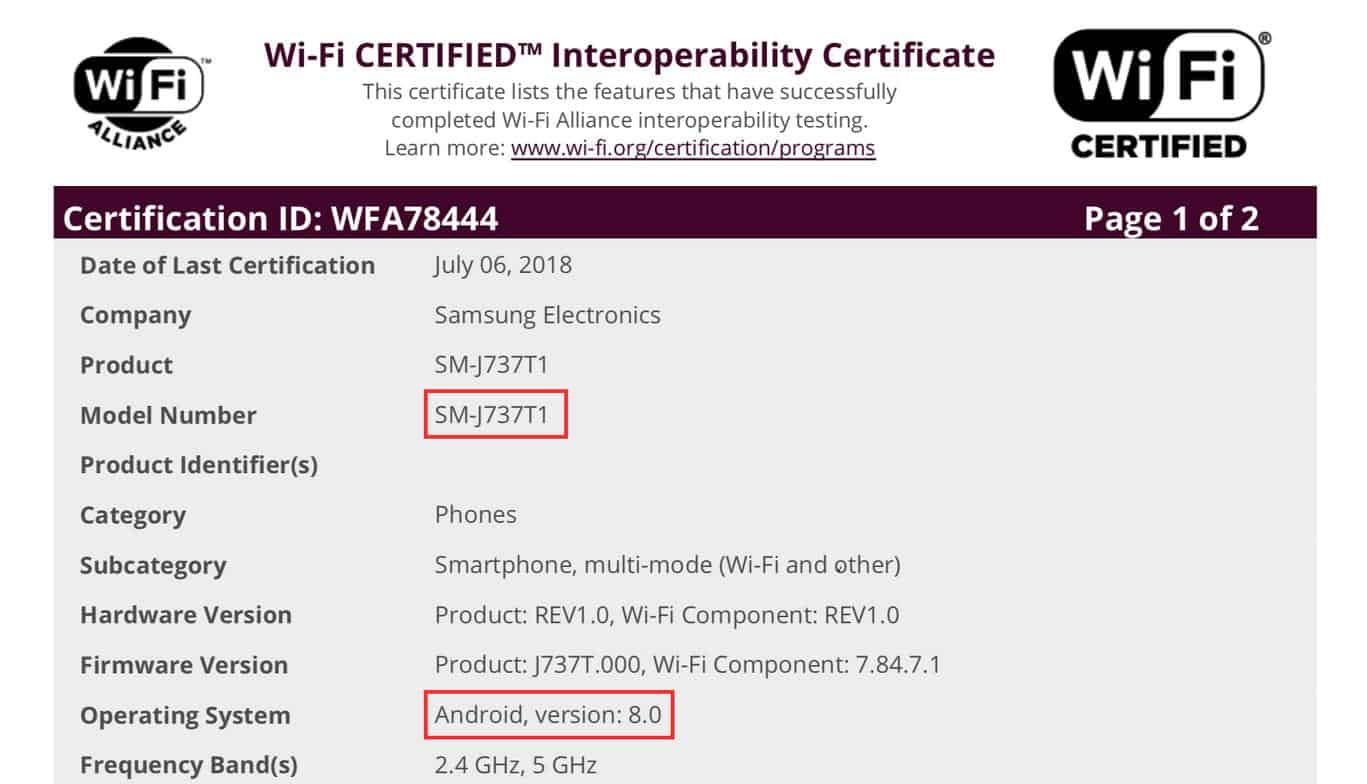