Mysterious Google display unit pops up at Best Buy, we don’t wanna say it’s for the Nexus 5 (but it probably is) 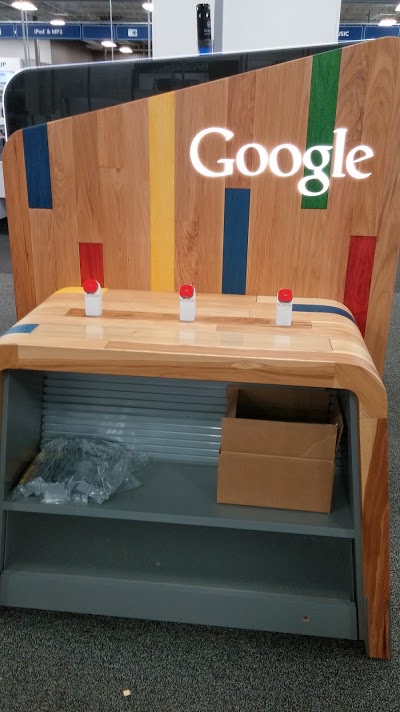 A mysterious Google display case has popped up at Best Buy as snapped by a Daniel Benavides on Google+. While we could guess all day what will eventually populate the demo kiosk — HP Chromebooks? Nexus 7 (2013)s? Google Glass? — it seems obvious that this could be the new home of the Nexus 5 at Best Buy. According to Benavides (who also runs a kickass Android clothing site called Andy’s Threads), he was able to confirm this info with the Best Buy manager, but that’s hardly official.

We reached out to our sources and discovered that this kiosk is just the beginning, and that an entire “section” is going to be set aside for Google, although it wont be as large as the Windows, Samsung, or Apple areas. Take that as you will.

While we never put much clout in that “rumored” October 14th announcement/release/whatever-people-were-calling-it for the Nexus 5 and Android 4.4 KitKat, it would appear we’re getting closer. Much closer. What do you guys make of this? 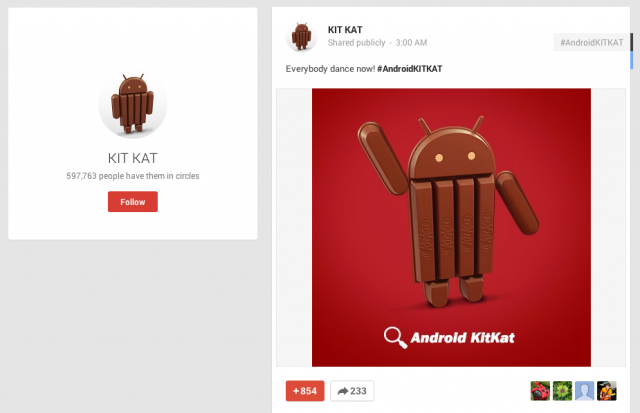 In other cryptic Android news, the official Kit Kat Google+ page posted a fun little pic of a dancing Android in the shape of a Kit Kat. The text of the status update read, “Everybody dance now! #AndroidKITKAT”. At first glance, it doesn’t appear to mean much of anything. But as some clever Google plussers discovered, the song referenced in the post “Everybody Dance Now” by C&C Music Factory was released in 1990 on — wait for it — October 18th. I think it’s safe to say Google is having a good time watching all of us squirm.

Do you like it, Google? Do like it when we dance for you?! We’ll play your sick little game. We’ll dance all night if we have to!