Netmarble Games, one of the fastest-growing mobile game companies in Asia, recently announced a brand new update to their hit iOS game Star Wars: Force Arena. Bringing four new character cards, new features in Guild, Replays, as well as a newly balanced 2vs2 play, this update definite has a lot of in store for players. 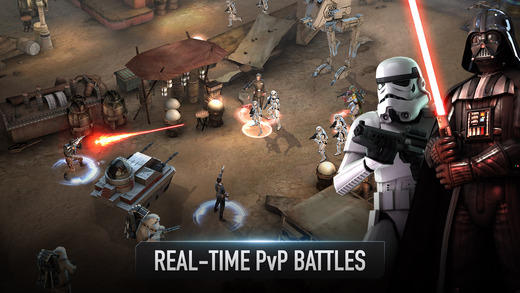 Four new characters from Rogue One: A Star Wars Story have been added into the game including the Imperial Death Trooper, the TX-225 Assault Tank from, Keredian Partisans and Rebel Demolitionists from the Rebel Alliance. Also introduced is a new feature in the Guild System, which helps emphasize the social-focus of Force Arena. Now Guild members can freely request and donate character cards to others in the same guild. In addition they can take part in missions together and receive special card packs after completing each mission.