Netmarble Games, a fairly popular iOS developer who I regularly cover, has launched an all-new original free-to-play mobile adventure RPG inspired by the rich tradition of Norse mythology. Now available for download for mobile, Phantomgate: The Last Valkyrie offers hours of gameplay for you to enjoy. 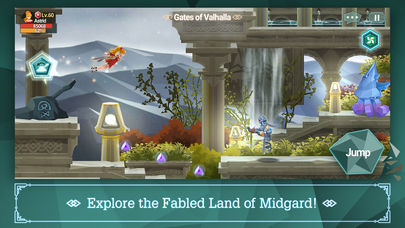 To celebrate the launch of Netmarble’s latest title, the company partnered with famed music producer Kurt Hugo Schneider and solo recording artist Macy Kate to create an all-new music video utilizing Phantomgate’s theme song. In addition, an instrumental rendition of the game’s theme composed by popular violinist Taylor Davis will be added to the game via an update at a later date. Fans can check out both music videos below here and here.