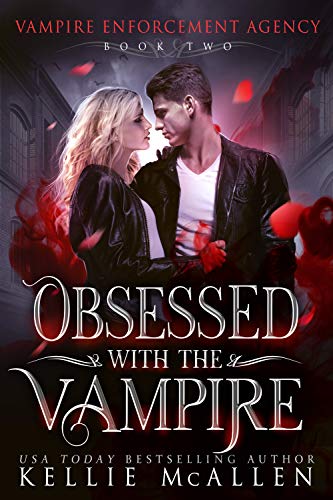 Now that her bloodlust is under control and her relationship with Roric is developing into something more than a mentorship, Caroline is finally starting to accept her new life as a vampire.

With the rogue population exploding around them, Caroline wants to do her part to help the newly-turned and prove to herself and the world that vampires aren’t monsters. But when Roric refuses to let her put herself in that kind of danger, Caroline isn’t sure if he’s motivated by love or his obsessive need for control.

When a terrible situation forces her to make an impossible decision, Caroline must choose between breaking the law and saving an innocent victim. But can she, and her relationship with Roric, survive the choice she makes?

Fans of The Black Dagger Brotherhood by JR Ward, The Vampire Diaries by LJ Smith, and The Sookie StackHouse Series (True Blood) by Charlaine Harris will love OBSESSED WITH THE VAMPIRE.

Scroll up and one click to get your copy of this sexy, thrilling paranormal urban fantasy romance today!

“Are you ready for another riveting read again? I was so caught up in this volume 2 ……I didn’t want it to end!” 5 star review