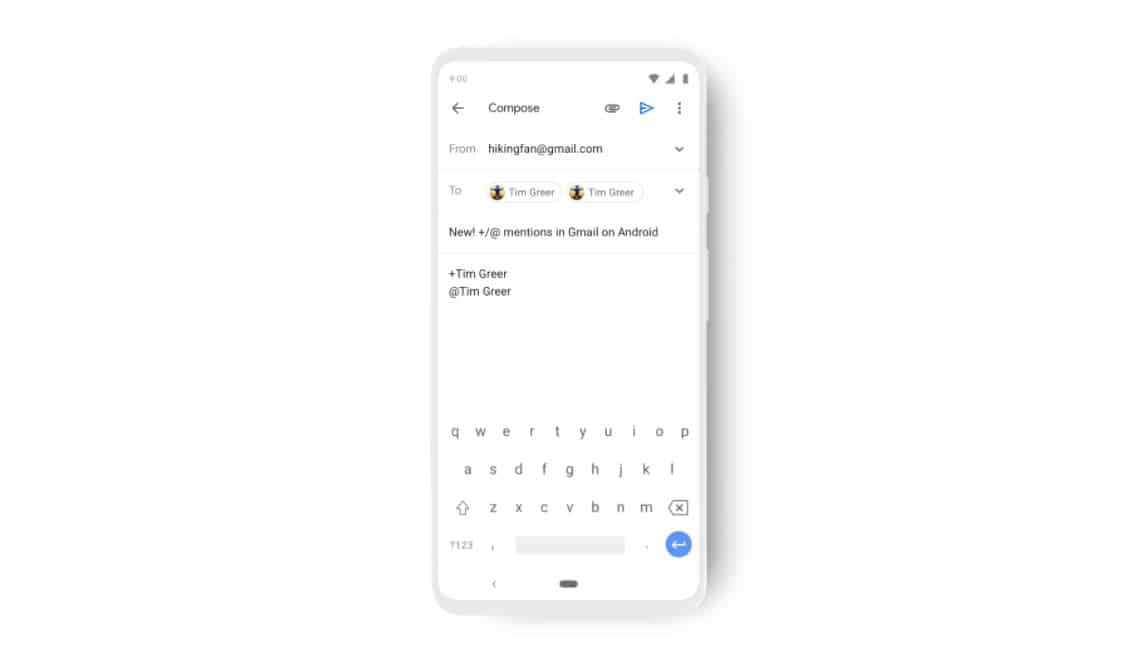 Gmail is the most widely used email client, be it on a smartphone, PC, laptop, or any other device. And Google is adding a neat feature that lets you automatically add recipients as you mention them in your email body.

However, as noted by Android Police, this feature was available for the Gmail back in 2018. And finally, the feature is now making its way for the Android devices.

To give you some insight on how this feature works, you simply need to type in the user's name after "@" or "+". It will show you a list of matching people.

You can select the recipient from the list provided or continue typing their name. Once you have added the recipient, a hyperlink will be mentioned in the text area.

Notably, these tagged names will also be added as the recipients of the email. This is pretty handy because you need not type in the recipients once again on the "To" section.

Another important usability of this feature is that if you are removing any of the mentions from your email body, then it will also be removed from the "To" section.

Again, this is pretty handy as you do not have to keep track of the recipients even after deleting them from the body of the email. This makes adding a contact to the email less disruptive and cumbersome.

Importantly, this feature is available only for GSuite users on Android. However, not all will be able to enjoy the features at the moment.

Personal Gmail account users will have to wait for some more time for this feature to arrive. This feature is available for Gmail users on the web. But now it is making its way to Android.

There is no admin control on this feature and will be enabled by default for the end-users who have received this new feature. For more info on this Gmail update, you can head over here.

Besides, this feature is expected to make its way to all the users somewhere around mid-September. Let us know in the comments below if you are able to use this nifty feature on your Android device or not.