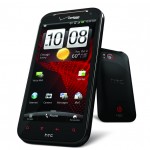 A new HTC Rezound video was uploaded to HTC’s YouTube account today. The Inception style commercial, featuring music by Machine Gun Kelly, prominently displays Beats Audio and not much else. Surprising, seeing how I would think Verizon/HTC or whoever would want potential customers to know that the HTC Rezound will be the first 1280×720 HD display equipped smartphone to hit the market. But then again, maybe that’s not mainstream enough. Let me know what you thought of the video but first… lace up!