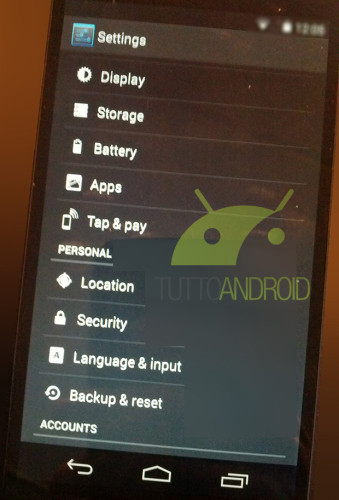 Last week’s Android 4.4 screenshots revealed some sort of NFC payments system, and today we have another screenshot revealing that they will offer something called “Tap & Pay”. It’s obviously some sort of payment system that’s built into Android and not a third party app.  The tipster said it’s not working now, which means it’s not finished yet, or that it will only be available in the U.S (tipster is in Italy). 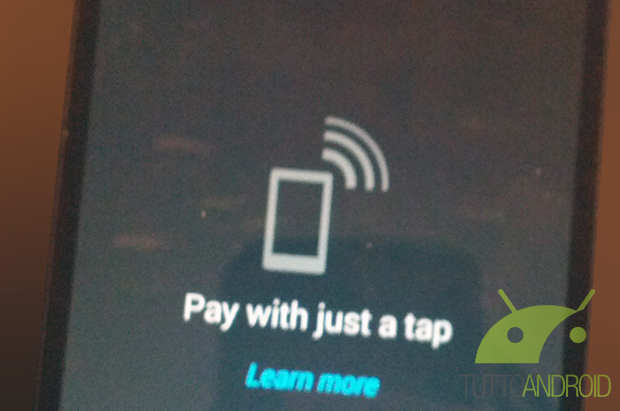 Next up is brand new location settings. In current versions of Android, there are only two options under “Location sources”: GPS Satellites and Wi-Fi & mobile network location. They have been removed and replaced with High accuracy – GPS, Wi-Fi, and mobile network, Battery saving – Wi-Fi and mobile networks, and Device sensors only – GPS. There is also a new option for Recent Location Requests, which could show what apps are requesting locations. 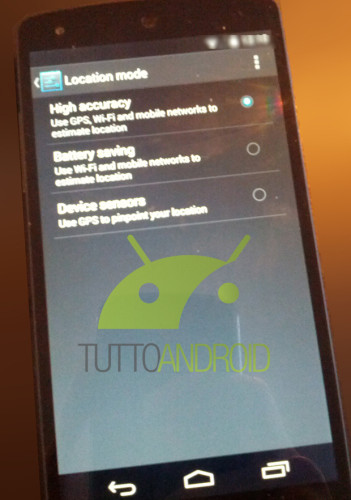 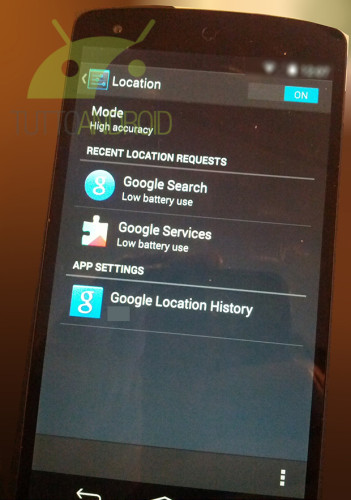 Since the tipser grabbed these images from a Nexus 5, it might be helpful to get their thoughts on the device. The user said (translated), “It ‘very light, which is usually something “bigger” also weighs more, but this Nexus not, and is slightly higher than the Nexus 4. The design is identical to the leak and specifications are confirmed. The rear part is rubber type.”

Rumors indicate that we might see the Nexus 5 along with Kit Kat on October 15. There hasn’t been press invitations that I know of so it would be odd for Google to do it without an event, but stranger things have happened. Stay tuned.

Come comment on this article: New images of the Nexus 5 and Kit Kat reveal ‘Tap & Pay’ and new location settings