HTC released an infographic on Thursday touting some of the great trios in history ahead of what is expected be to an announcement of the third member of its HTC One family. 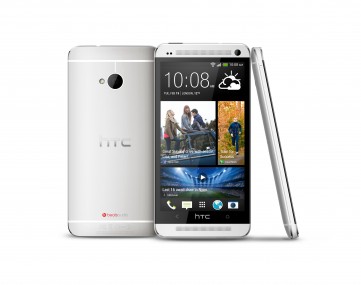 Already on the market are the HTC One and its smaller cousin, the HTC Mini. A larger, fingerprint sensor-equipped HTC One Max has been the subject of a number of recent leaks.

The new graphic pays tribute to Snap, Crackle and Pop (a Hearing Tasty Cereal), to the Harry Potter triumvirate of Harry, Ron and Hermione (Hogwarts’ Tenacious Children) and the movie characters in the Three Amigos (who had Hip Thrust Coordination).

Asked whether the graphic was intended to be a reference to the upcoming HTC Max, a representative for the Huge Tease Company declined to comment on rumors or speculation.

The company did something similar ahead of the launch of the HTC One Mini, offering up an info graphic on little things that made a big impact.

As to whether HTC’s infographic — or other marketing efforts — will be able to match up against the massive advertising budgets of Apple or Samsung, it’s frankly a bit Hard To Conceive.