New lease on life or death sentence? iOS 7 on the iPhone 4 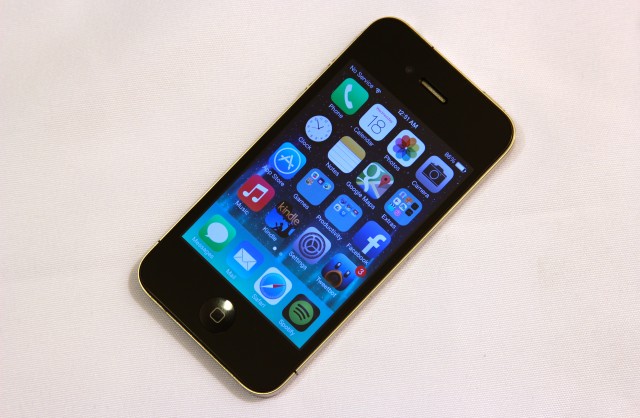 Is installing iOS 7 something you'll want to do to your iPhone 4?
Andrew Cunningham

When a new iOS version is released, the spotlight always shines the brightest on the shiny, brand-new hardware that ships with it. That's to be expected—people who are getting ready to drop hundreds of dollars on a phone are hungry to know how the software pairs with the best that Apple currently has to offer. That said, one of the benefits of sticking with Apple's ecosystem is that your old phone will run the latest software for a few years after you buy it. Often you can grab that new software just as soon (or even sooner!) than the people who will be getting it on a new device.

Last year, we took a look at how the iPhone 3GS ran iOS 6, since 2009's flagship iPhone was the oldest, slowest hardware that supported the new update. We were pleasantly surprised—the 3GS ran most of iOS 6's biggest features, and it usually ran them just as quickly as it ran iOS 5. This year, we're continuing that tradition by taking a good long look at iOS 7 on the iPhone 4. Can new software make a phone from 2010 feel like a phone from 2013, or is it time to trade your iPhone 4 in for a shiny new iPhone 5C or 5S?

What don't you get?

The slowest devices in Apple's lineup tend not to get every single feature that the newer ones get. Generally, this is either because the old hardware is incapable of supporting it or because the device's aging system-on-a-chip (SoC) isn't fast enough to provide a good experience. The iPhone 4 gets most of the features we highlighted in our massive iOS 7 review, but there's a long list of fine print attached. Let's run through not just the list of iOS 7 features it misses out on, but also the features from previous iOS versions that it isn't privy to. If the feature is on this list, it's missing from the iPhone 4.