A new OnePlus 5 update is heading out to users it seems, and it includes Wi-Fi connectivity improvements among a handful of other changes and fixes that have been applied to ensure that users of the phone have a smoother experience. The size of the update download weighs in at 59MB and will push users forward to OxygenOS v4.5.5, and should be heading out to users as of today. OnePlus hasn’t provided any official commentary on the matter so there’s no telling how many users are actually seeing this update, but a handful of users in the OnePlus forums are reporting that the update has reached their device, so this doesn’t seem to be a one-off though it could be available as a small test.

If you haven’t seen the update on your own device it’s possible to grab the necessary file from the buttons below both in a Full ROM version and just as a link to the OTA file that will update you from v4.5.4 to v4.5.5. In addition to the improvements made to the Wi-Fi connectivity the update also brings along some fixes for things like the Wi-Fi signal displaying as being weak on a consistent basis. Users currently experiencing this particular problem should see it disappear after installing this latest update to OxygenOS, though it should be kept in mind that this is OxygenOS meant for the OnePlus 5 and not for past OnePlus devices. This update also quickly follows the one that was sent out back on June 28th that bumped users up to OxygenOS v4.5.3.

OnePlus has also made an improvement to voice calling on the device and the vibration motor shouldn’t be as intense when receiving incoming calls following the update. There has also been an improvement made to the battery, though not directly. Instead the battery improvement comes from the video recording feature using up less power from the battery during use. There are a couple of other fixes that are present in this update as well though nothing major. The rate at which the update is being sent out and in which locations doesn’t have an obvious pattern showing and the users who are reporting it having arrived on their device seem to be in different regions, so the update launch may be a bit sporadic at the moment. 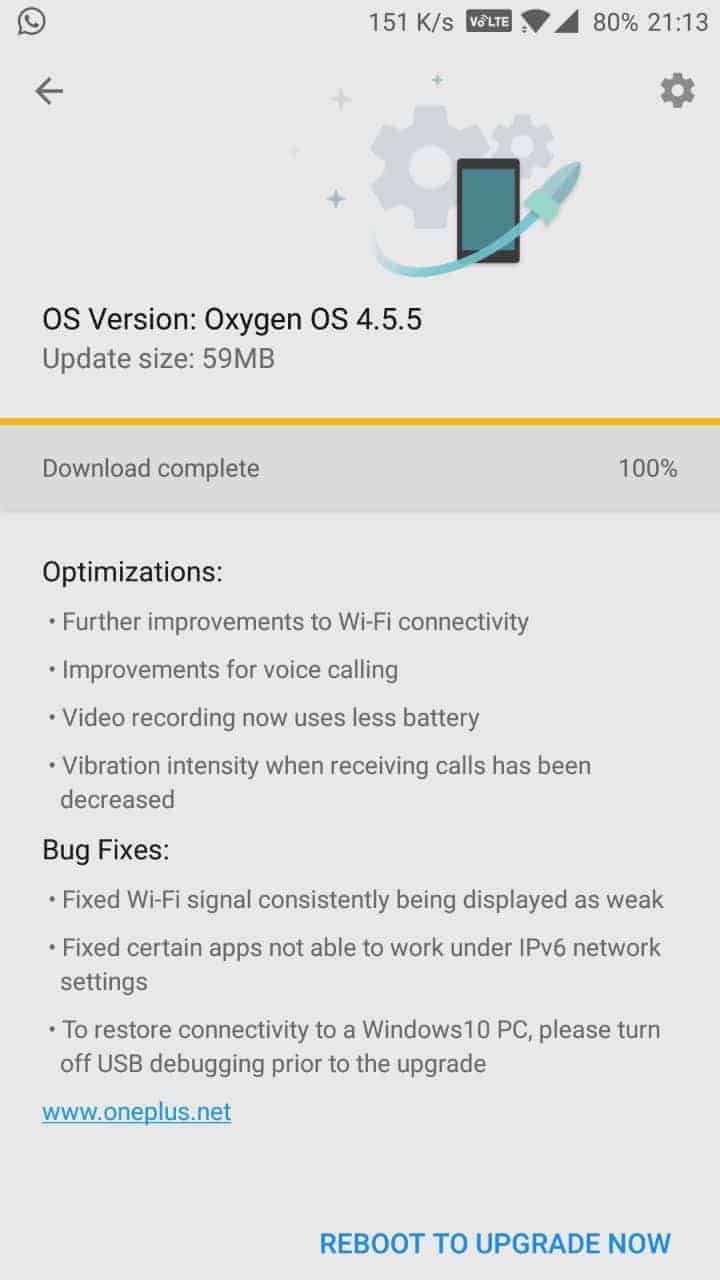