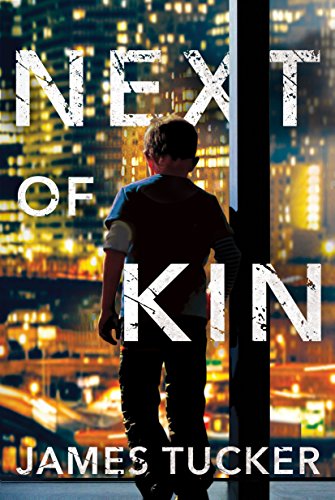 4.6 stars – 100 reviews
Kindle Price: $1.99
Everyday Price:
Text-to-Speech: Enabled
Available on Audible
Enjoy James Tucker’s Books? Tell us Why and Win a Free Book!
Don’t have a Kindle? Get yours here.
Here’s the set-up:

A New Year’s Eve celebration begins with the pop of a champagne cork—and ends with the bone-chilling screams of a killer’s victims. Ten-year-old Ben Brook is the lone survivor of the brutal murder of his wealthy family at their upstate New York compound. But from the moment he evades death, Ben’s life is in constant danger. Can NYPD detective Buddy Lock keep the boy safe from a killer intent on wiping out the entire Brook clan?

When two more massacres decimate the Brookses’ ranks, Buddy’s hunt narrows. But his challenges grow as power, money, and secret crimes from the family’s past stand in the way. With Ben more and more at risk, Buddy steps closer to the edge, forcing a relentless killer to become more brazen, brutal, and cunning. Saving the boy will put all of Buddy’s skills to the test…and risk the lives of everyone he loves.

The post <p style="text-align:center;font-weight:bold;">A New Year’s Eve celebration begins with the pop of a champagne cork—and ends with the bone-chilling screams of a killer’s victims…<br /><em>Next Of Kin</em> by James Tucker</p> appeared first on Kindle Fire on Kindle Nation Daily.