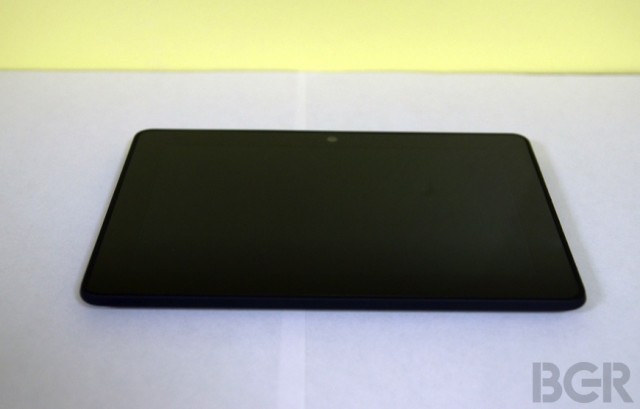 The folks over at BGR have gotten their hands on pictures of a device they claim is the next-generation Kindle Fire HD. Going by the images, the new Fire will sport a harder, more angular back, which the source claims is "more comfortable" than the current design. The new Fire HD will reportedly come in 7- and 8.9-inch sizes. The purported specs for the 7-inch model include a 1920×1200 display; a 2GHz+ Snapdragon 800 CPU; 2GB of RAM; 16, 32, or 64GB of storage; and optional cellular data. The 8.9-inch model has similar specs, but with a whopping 2560×1600 display and 8MP rear camera. 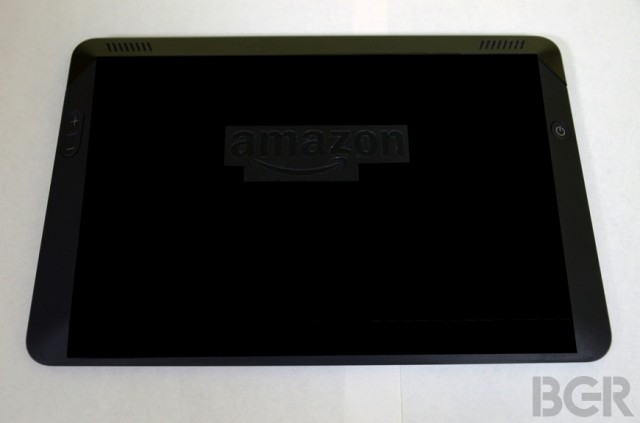 The buttons, which were difficult to locate on the previous model, have been redesigned, and the stereo speakers have been moved to the top of the device. Both Fires have lost some weight, too. These devices will reportedly run Amazon's forked version of Android 4.2.2, which omits the Play Store and all the other Google Apps for competing Amazon services.

There's no word yet on pricing, and launch timing is "fuzzy"—the BGR source says that the 7-inch model "may launch in the coming weeks," and the 8.9-inch version is due out sometime before the end of the year. If you're interested, there are more pictures over at BGR.