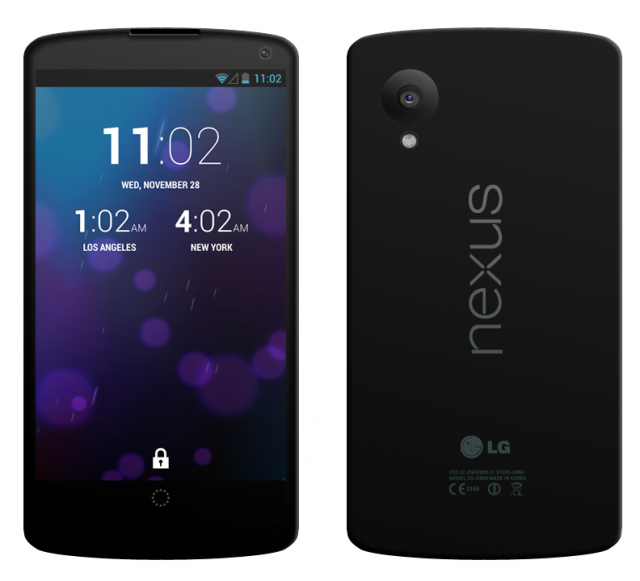 Nexus 5 Watch 2013 continues and while the device has yet to be officially announced or even acknowledged by Google, we’ve gotten enough hints, leaks, and tips to where we can now begin to paint a clear picture of what Google might have planed for their next Nexus device. Whether it was the surprise appearance of the device in Google’s own KitKat unveiling video, the FCC filings showing wireless charging, dimensions of the phone and display, and confirming LG’s part in the making of the handset, there’s little we don’t know. 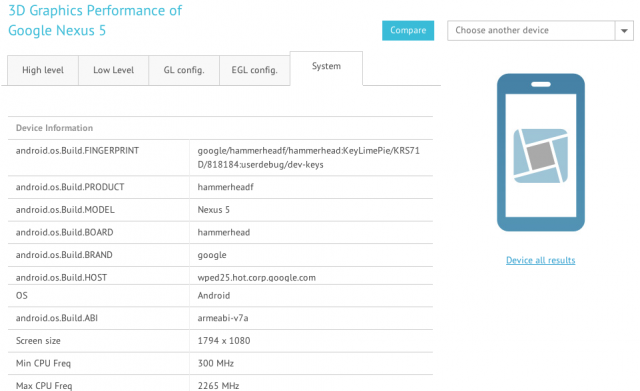 Even though the Snapdragon 800 SoC was alluded to in the FCC filing, we’re now seeing further confirmation today from a GFXBench benchmark which also sheds a little light on the resolution of the display. According to the benchmark for the “Google Nexus 5″ (AKA Hammerhead) running build number “KRS71D Key Lime Pie”, the upcoming Nexus will likely come equipped with a 1794 x 1080 resolution display (minus 126 pixels for the navigation bar).

As for the actual benchmark, the Nexus 5 scored a respectable 23.1fps on GFXBench’s T-Rex HD test, and an even 58fps on Egypt. By comparison, the HTC One Google Play edition running the older Snapdragon 600 SoC scored 15 and 41, respectively. While it’s true it’s fairly easy for someone to fake the system information their device sends to GFXBench, there’s nothing here that reeks of foul play.

If all these leaks and tips are the birthing pains of the Nexus 5′s release, it seems like it’s fast approaching. Let’s hope Google doesn’t make too much longer, as the Play Store is currently barren of Nexus smartphones.