Nexus 5 pictured in the wild (again) 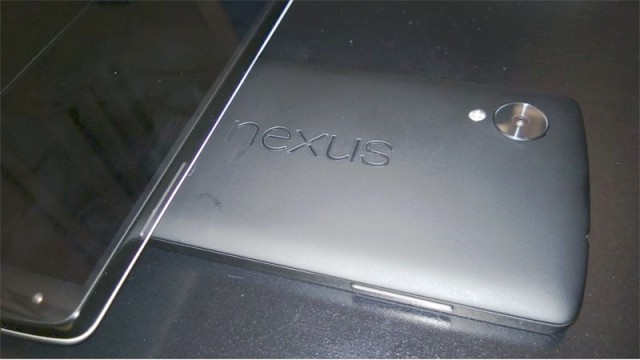 We’ve been seeing the Nexus 5 pop up all over the place. First it was the FCC, then in an official Google video, later at a bar — this is one Google phone that definitely gets around. Today the device is popping up in another unlikely place, on the Apple-centric MacRumors forum.

Forum member weespeed was the lucky fella who got to spend a little time with the device. While he doesn’t reveal much, he was able to shoot off a quick pick of the back of the device (covered by what appears to a Moto X to hide the FCC labeling). He did mention the device feels great in the hand, and that it’s smaller than the LG G2 (which the Nexus is loosely based off of), and the display quality was so-so.

There’s no question LG is going to have to cut some corners if they want to offer this phone off-contract for around the same pricing as the Nexus 4. With Android 4.4 KitKat, and a Snapdragon 800 processor, hopefully that will be enough to woo Android users. Google, announce this thing already!