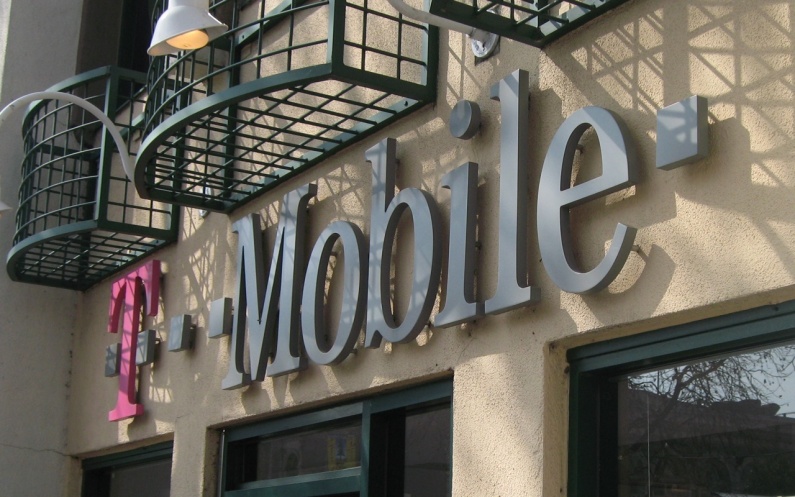 T-Mobile continues to make waves in the industry by undercutting its competition with great deals. And while most “great deals” don’t include high-end devices, T-Mobile appears to be doing away with that, extending most of their deals to super devices like the Galaxy S 4 and GS Note III. To continue the momentum,, Magenta is set to offer the Nexus 7 with LTE (2013) and the Galaxy Tab 2 10.1 with the low low price of $0 down. Sure beats the typical $199 down doesn’t it?

The announcement was made on the heels of their “Unleash the tablet” campaign, in which the company announced they’re offering 200 mb’s of free data per month on all tablet data plans. Your options, should you opt for the N7, would be a 24-month payment plan at $16/mo and for the Tab 2 10.1, $19/mo for 24 months as well. In addition to these data offerings, T-Mobile is also including options such as boosting up to 500 mbs on a one-day pass at only $5 or a whopping 1GB weekly pass for $10. And if you tap a hair over that you’ll just be throttled, so no fear of overage charges. You can snatch the Tab 2 10.1 up now as it’s already available however, the N7 won’t be ready for consumers until Nov 20th. Hit the break for the full presser and if you have any thoughts feel free to leave them in the comments below.

BELLEVUE, Wash. — Oct. 23, 2013 — If you purchased one of the nearly 90 percent[i] of all tablets that only connect over Wi-Fi because you worried mobile connections would mean big monthly bills, listen up.

Just two weeks after upending the wireless industry with its Un-carrier 3.0 moves, T-Mobile US, Inc. (NYSE: TMUS), America’s new No. 1 choice in wireless[ii], is at it again. In its latest Un-carrier move, T-Mobile today announced Tablets Un-leashed, a revolutionary approach to make tablets just as mobile and connected as smartphones.

“Tablets are supposed to be un-tethered like smartphones, but it hasn’t worked out that way because people know carriers will charge them an arm-and-a-leg for mobile data,” said John Legere, president and CEO of T-Mobile. “Carriers figured out a long time ago that they could make money – a lot of money – by forcing customers into restrictive, overpriced data plans. We changed it for smartphones and we’re changing it for tablets.”

T-Mobile is the only major national wireless provider to make tablets affordable, connected and mobile right out of the box. There’s no bait and switch, no trial period and no strings attached. T-Mobile is the only national wireless provider to offer tablet owners up to 200 MB of free 4G LTE data every month for as long as they own their tablet, even if they’re not yet a T-Mobile customer.[iii] It’s really as good as it sounds – 200 MB of free data on T-Mobile’s nationwide 4G LTE network. That means each month customers can send approximately 800 Instagram photos, more than 2,500 emails or stream 200 minutes of music – all for free.

Customers wanting more data can choose from a range of simple, affordable and flexible options – with no annual service contracts, no data overages and a blazing-fast nationwide 4G LTE network. T-Mobile offers daily, weekly and monthly options for adding 4G LTE data. For T-Mobile voice customers, ‘always-on’ tablet plans start at just $10 a month for unlimited data including 500 MB of 4G LTE data each month. Customers can add even more 4G LTE data in 2 GB increments for just $10 more per month. For customers who would rather have the flexibility of on-demand data, T-Mobile offers daily and weekly passes. Daily passes include unlimited data with 500 MB of 4G LTE data starting at just $5. The weekly passes include unlimited data with 1 GB of 4G LTE data for $10. No caps. No overages. Just simple value.

Additionally, postpaid customers who add a monthly Simple Choice tablet plan automatically get unlimited data to include more than 100 countries worldwide, at no extra charge. This means that T-Mobile’s home data coverage area for tablets is now larger than AT&T’s and Verizon’s combined.

T-Mobile is driving unparalleled value for tablets across its entire line-up. New and existing customers will get affordable and hassle-free access to the latest 4G LTE tablets at the upfront price of $0 down with monthly device payments. With incredible upfront pricing and great value rate plans, T-Mobile has the lowest total cost of ownership among the top US carriers for tablets. In fact, compared to similar AT&T plans, consumers can save up to hundreds of dollars over two years with T-Mobile’s Tablets Un-leashed offer.

“By offering free data for life with incredible upfront pricing, T-Mobile is un-leashing customers to fully enjoy tablets as they were meant to be enjoyed – mobile and connected,” Legere said.

T-Mobile Announces Tablet Trade-In Program and New Device
T-Mobile today also announced plans to extend its existing smartphone trade-in program to tablets. Beginning Nov. 1, anyone with a qualifying tablet can bring it into a participating  T-Mobile store – even if it’s only Wi-Fi capable – and receive a discount on a new tablet.

Tablets in T-Mobile’s portfolio will include:

·  Google Nexus 7 (2013), Google’s flagship 7-inch LTE tablet, featuring a stunning 7-inch full HD display and virtual surround sound is built to deliver the best of Google in a slim, light and extremely portable tablet. T-Mobile today announced it will offer the Nexus 7 beginning Nov. 20 for $0 down with 24 equal monthly device payments of $16.[iv]
·  Samsung Galaxy Tab™ 2 10.1, currently available, has a brilliant 10.1-inch display that lets customers take entertainment and social networking on the go while taking advantage of T-Mobile’s nationwide 4G LTE network. Starting Nov. 1, the upfront price for the Samsung Galaxy Tab 2 10.1 will drop to $0 down with 24 equal monthly device payments of $19.iv

About T-Mobile US, Inc.:
As America’s Un-carrier, T-Mobile US, Inc. (NYSE: “TMUS”) is redefining the way consumers and businesses buy wireless services through leading product and service innovation. The company’s advanced nationwide 4G LTE network delivers outstanding wireless experiences for customers who are unwilling to compromise on quality and value. Based in Bellevue, Wash., T-Mobile US provides services through its subsidiaries and operates its flagship brands, T-Mobile and MetroPCS. It currently serves approximately 44 million wireless subscribers and provides products and services through 70,000 points of distribution. For more information, please visit http://www.t-mobile.com.

Come comment on this article: Nexus 7 With LTE and Galaxy Tab 2 10.1 for $0 Down Coming To T-Mobile