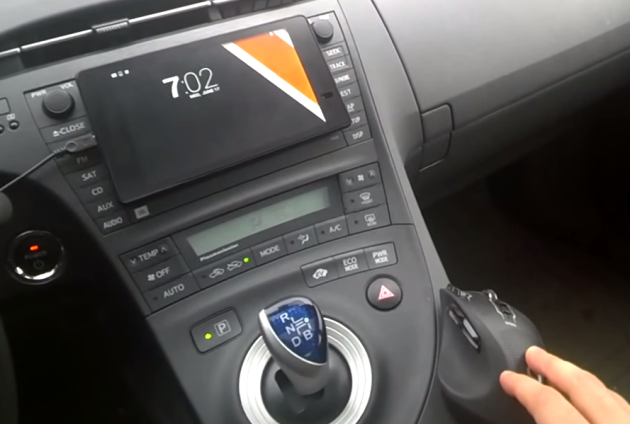 We have seen a few examples of users incorporating tablet devices into their vehicles to serve in place of auto manufacturer or third-party solutions for in-car infotainment systems. Users typically resort to this due to the dearth of autos that come with Android systems installed and third-party units are typically very expensive. In the latest example of this move to use a tablet device, Kevin Foreman connected a mouse to a Nexus 7 to provide a new input option as he was tired of using the touchscreen.

In a video demonstrating how his Nexus 7 works in his Toyota Prius, Foreman shows the Logitech G700S mouse that he connected to the tablet to serve as an input device. After working to map a variety of buttons and mouse clicks, Foreman is able to do things like launch Spotify or Google Maps with a touch of the mouse instead of trying to do it via the tablet’s touchscreen.

Foreman indicates he pursued this because he was tired of trying to “aim” his finger on the touchscreen while driving. Google has noted this challenge as well, which is why the Android Auto system uses a custom interface designed for use in a vehicle where precise touches may not be preferable.

You can check out his video below.