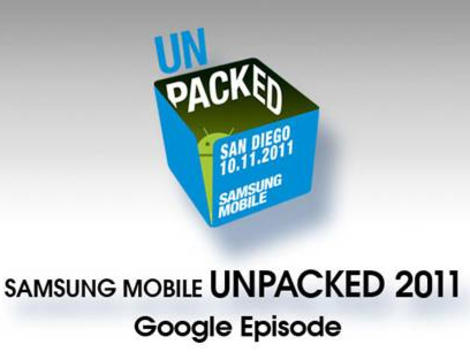 Having pulled the Samsung: Unpacked event from its 11 October slot at CTIA, Google and Samsung may be moving the Nexus Prime launch across the ocean for a 27 October event in London.

It's looking more and more likely that the event will see not only the unveiling of Samsung's Google Nexus Prime smartphone, but of Google's latest Android operating system, known as Ice Cream Sandwich.

Earlier, a statement from both companies said: "We agree that it is just not the right time to announce a new product."

The move is thought to be a gesture towards rival Steve Jobs, who passed away earlier this week.

It's been quite a day for the two companies, with an Ice Cream Sandwich YouTube placeholder page swiftly pulled from the net, and a video of the new handset in action appearing online.

Neither Google or Samsung have commented on the rumours of a new event, but we've been in touch with the tech giants to ask what's going on; you'll be the first to hear if either company gets back to us.