Nintendo’s NX could be the Wii of augmented and virtual reality, predicts one analyst 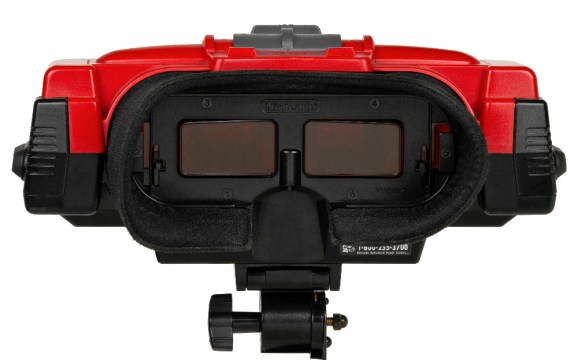 Nintendo has already promised fans that it’s working on its next dedicated gaming hardware, but we know nothing about it. But that hasn’t stopped an advisory group from making a bold prediction based on Nintendo’s history, public statements, and market position.

Digi-Capital, a firm that provides data and insight to gaming companies and more, thinks that the Japanese video game publisher may end up revealing that the NX is a way to tackle the augmented reality and virtual reality space in a “Nintendo-like” way. In a post on its blog, Digi-Capital provides a lengthy, compelling reasoning to back up its prediction, but the crux of its argument is that it expects the AR/VR sector to rapidly grow to the size of $150 billion by 2020. With with companies like Facebook and Valve taking on this space, this kind of money means bringing onboard a much wider market than traditional gamers — kinda like the Wii did.

Digi-Capital believes Nintendo will use its experience with the Wii to break into this space with the social-gaming equivalent of an AR/VR system.

Is Nintendo making a VR/AR system?

This might sound crazy to a lot of people, so let’s analyze Digi-Capital’s reasoning and see if it has any basis.

The advisory firm thinks that Nintendo will once again want to release a low-cost platform that stands out because of some attention-grabbing feature. This is the strategy that turned the Wii into such a huge success, and Digi-Capital thinks that the experience of making that system could translate directly into building a head-mounted display (HMD).

“This could either be a dedicated HMD or smartphone HMD holder similar to Samsung Gear VR or Google Cardboard,” reads the Digi-Capital report.

To make that technology catch on, Nintendo would need to also include an intuitive system for tracking player movement along with easy-to-understand motion controls. As the company that kicked off the motion-control fad in the first place, the publisher obviously has experience with this.

But of course, if you’ve paid any attention to Nintendo over the last few months, you would know that a few of its executives have had critical things to say about virtual reality. But Digi-Capital sees this not as Nintendo putting down the ideas of VR and AR, but instead as the company suggesting that Oculus and Valve haven’t made it fun yet.

“We have knowledge of the technical space [of VR and AR], and we’ve been experimenting with this for a long, long time,” Nintendo of America president Reggie Fils-Aime told gaming culture newsite Polygon. “What we believe is that, in order for this technology to move forward, you need to make it fun and you need to make it social — [at E3], based on what I’ve seen to date, it’s not fun, and it’s not social. It’s just tech.”

Many observers took this to mean that Nintendo doesn’t believe in head-mounted displays, and that reading could be correct. But Digi-Capital thinks Fils-Aime was implying that the current implementations for VR do not reflect a “Nintendo-like solution.”

And that solution would seemingly involve focusing on fun experiences for wider audiences of people who would typically shy away from gaming.

Why this still sounds crazy

While Digi-Capital brings up some interesting points, Nintendo going VR/AR still seems like a long shot. And that’s for a few key reasons.

First, it takes a lot of processing power to do virtual reality in a reliably comfortable way.

The minimum specs to run virtual-reality games on PC are sky-high. You’re going to need a Windows system that costs around $1,000 to build to play most Rift games. This is because virtual reality requires an extraordinarily high refresh rate of around 90 frames per second. If the FPS dips below that, people tend to start feeling sick as the image on the screen fails to keep up with their subtle head motions.

And achieving high frame rates, even in visually sparse games, is always difficult, and it requires some expensive guts. Maybe Nintendo has some way around this, but it seems unlikely. And even if it does, nothing would stop Oculus/Vive from doing exactly the same games as Nintendo but only better looking.

Second, even if Nintendo does go with a social take on VR or AR, it’s showing up late to this “blue ocean.”

The big reasons Digi-Capital thinks Nintendo may want to go after VR and AR is because of the influx of money that it thinks is about to flood the space. But this sector already has its defining platforms in the Rift and Steam VR. Nintendo would risk the NX looking like a cheap me-too product.

Third, Nintendo needs the NX sooner rather than later.

The Wii U — as much as we love many of its games — is struggling. It’s never going to start selling like a Wii or even Xbox One. And that puts Nintendo in a position where it needs to release this NX followup as soon as possible.

“I noticed a number of dream-like demonstrations [at E3] for which the schedule and format for commercialization are unknown,” Mario creator and Nintendo general manager Shigeru Miyamoto said during a meeting with investors. “The current software for these virtual reality devices cannot be played simultaneously by a number of people, and since it is generally expected that the development for the applicable software for a high-performance device will take two to three years, there were a number of visual demonstrations for virtual reality devices.”

It took Nintendo about a year-and-a-half to two years to get its stride with development on the Wii U. It has said that the shift to high-definition visuals (the Wii was only standard definition) was more difficult than it anticipated. A shift to VR or AR would likely mean Nintendo wouldn’t have software ready for the NX until 2017 or, more likely, 2018.

Finally, Nintendo is wrong about its competition.

I’ve played in the HTC Vive, the Oculus Rift, and Sony’s Morpheus. Counter to the claims of Miyamoto and Fils-Aime, these devices are already fun and already social. Hell, Oculus VR’s demonstration at E3 was all about enabling two people in two different rooms to share the same virtual space, and it worked. These companies are already revealing the new magics of virtual reality to the world, and they aren’t even products yet.

Sure, price is a barrier. But I doesn’t look like one that Nintendo could solve without making some unacceptable sacrifices.