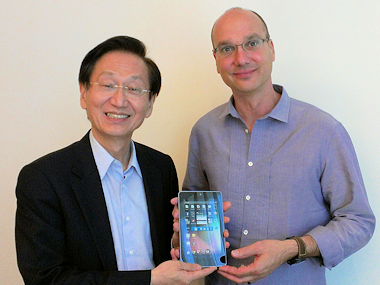 How do you take a tablet featuring a 7-inch display and quad-core Tegra 3 processor and sell it for $200? You leave no room for profit. And that is exactly what Google and ASUS are doing with the Nexus 7, the newly unveiled tablet that seeks to carve out a place for itself right alongside Amazon’s Kindle Fire. Google has a lot more at stake with the project, agreeing to shoulder all marketing costs and more in exchange for a tablet that was designed from the ground up by ASUS in a time period spanning only four months.

“Our engineers told me it is like torture,” said ASUS chairman Jonney Shih in an interview with All Things D. As to the mix of high-end specs at a $200 price point, Shih said of Google, “they as a lot.” According to Android head honcho Andy Rubin, when the Nexus 7 is sold via Google Play it is sold at no margin. Google is further taking a hit by offering a $25 Google Play credit during the initial round of sales.

It’s clear that Google is hoping to copy more than just the Kindle Fire’s low cost. Just as Amazon relies on the Kindle Fire bolstering the sale of Amazon’s digital and physical goods as a means of turning a profit off the device, so will Google rely on Google Play purchases and advertising revenue to make up for the lack of profit built into the Nexus 7′s price. But Google won’t feel the squeeze. The company has been known to try out all sorts of strange products and strategies with little concern about making money, as they did with the original Nexus One sales strategy and continue to do with the strange and futuristic Project Glass. But in the case of the Nexus 7, Google’s willingness to meet customer needs and challenge the tablet marketplace might just pay off.