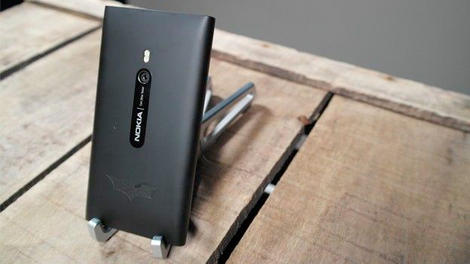 Phones 4u will sell an ultra limited edition Batman-branded version of the Nokia Lumia 900 in the coming weeks.

The high street retailer told Pocket-Lint that the device will arrive in the UK, Germany and France, but didn't specify just how many would be up for grabs.

The matte black device features the Batman logo etched into the sleek, one-piece polycarbonate frame and is likely to coincide with the release of The Dark Knight Rises in July.

The launch of the Caped Crusader-inspired device, is the second of Nokia's Windows Phone range to tie in with the franchise after the Lumia 800 stuck on a Batman costume in December.

However, while there were only 40 of those devices created worldwide, it looks like there may be a few more on offer for the 4.3-inch Lumia 900.

The launch of the coolest Batphone ever continues Nokia's association with the Christopher Nolan-directed franchise.