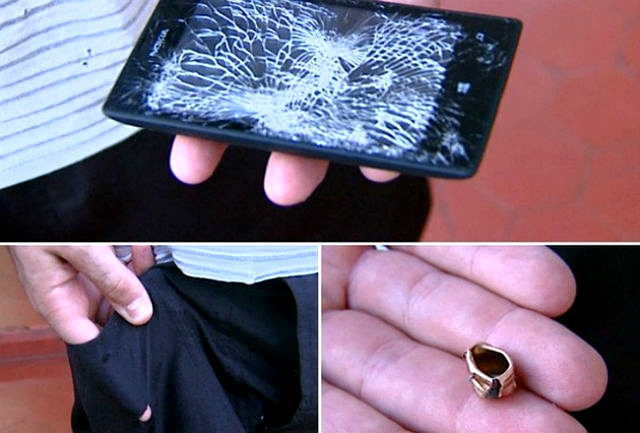 As the military invests millions of pounds into developing world-class body suits formed from Kevlar, ground up quartzite and the sweat of Arnold Schwarzenegger, it is perhaps time someone just told them to buy every member of the armed forces a Nokia Lumia smartphone.

According to the Brazilian newspaper Globo.com, an off-duty Sao Paulo policeman's life was saved by his Nokia Lumia 520. The affordable smartphone was resting in its back pocket when it deflected a bullet aimed directly at the 24 year old officer's derrière -- quite literally saving his ass.

Globo reports that the officer was on his way to visit his parents, unaware that they were being held hostage by two gunmen. Arriving on the scene in his uniform, the criminals panicked and opened fire -- not realizing he was off duty. Two shots were fired, one which missed and the other which was deflected by the smartphone.

Thankfully, the officer escaped with only minor injuries. The two gunmen however, unfortunately fled the scene and have not yet been found.

This isn't the first recorded incident of a smartphone saving its owner's life. A Nokia X2 stopped a bullet in Syria, a petrol station attendant was spared after his HTC EVO 3D blocked a bullet from his shirt pocket and in March an iPhone helped save a soldier's life in Afghanistan.

The moral of the story: You may want to start thinking more carefully about where you choose to keep your smartphone.