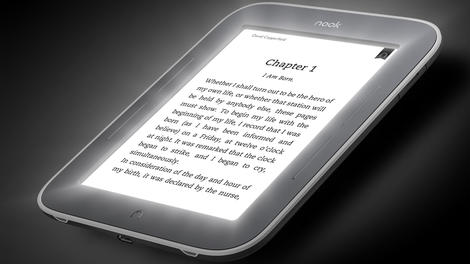 American book giant Barnes and Noble has announced it's slashing the price of its Nook Simple Touch GlowLight ereader to sub-£50, a first for a device in the back-lit reading class.

The firm already took the axe to the non-light up Nook Simple Touch earlier this year as its price was cut from £79 to a rock bottom £29 - less than the cost of two pizzas.

At the same time the GlowLight was reduced to £69 from £109, but from today it sports the even lower price of £49 - or in TechRadar pizza terms, just over three large ones - you're welcome.

Sales not an issue

We quizzed Barnes and Noble on the reason for dropping its prices so drastically, but the firm denied it had anything to do with poor sales.

Jim Hilt, MD for Barnes & Noble told us that the firm was looking to provide "affordable access of digital devices and digital content to consumers" and had witnessed that consumers wanted "a premium device at a competitive price point".

The Nook range of ereaders and tablets still have a hill to climb here in the UK, as the brand is still relatively unknown in the sea of Amazon Kindle and Google Nexus devices.