NordVPN is a Panama-based service which provides comprehensive VPN products for more than 200,000 customers.

The company sells itself very much on features, and it's easy to see why. This VPN offers a thousand servers in 59 locations, support for six simultaneous connections, plus it’s P2P-friendly. You also get Windows, Mac, iOS and Android apps, a kill switch, DNS leak blocking, Onion support for extra security, bonus tools to help access streaming services, and 24/7 support if anything goes wrong.

Keep looking and there are other options available. NordVPN offers a three-day trial, although the company doesn't advertise this on the front page. We only realised it was there when we found a mention buried in the FAQs.

As with just about every VPN, it's worth checking out the firm’s social media accounts for special deals. As we write NordVPN is offering a two-year deal for only $3.29 (£2.63) a month, a very low price for this level of service.

We noticed that NordVPN's Facebook page was busy, too, with multiple daily posts on privacy and related stories. We would probably never read them, but active social media pages are a useful indicator of a company that is trying to engage with customers.

Whatever deal you choose, the company's generous 30-day ‘no-hassle 100% money-back guarantee’ gives you plenty of time to try before you buy, and suggests NordVPN is confident you won't be disappointed. Factor in the free trial and it's looking good to us. 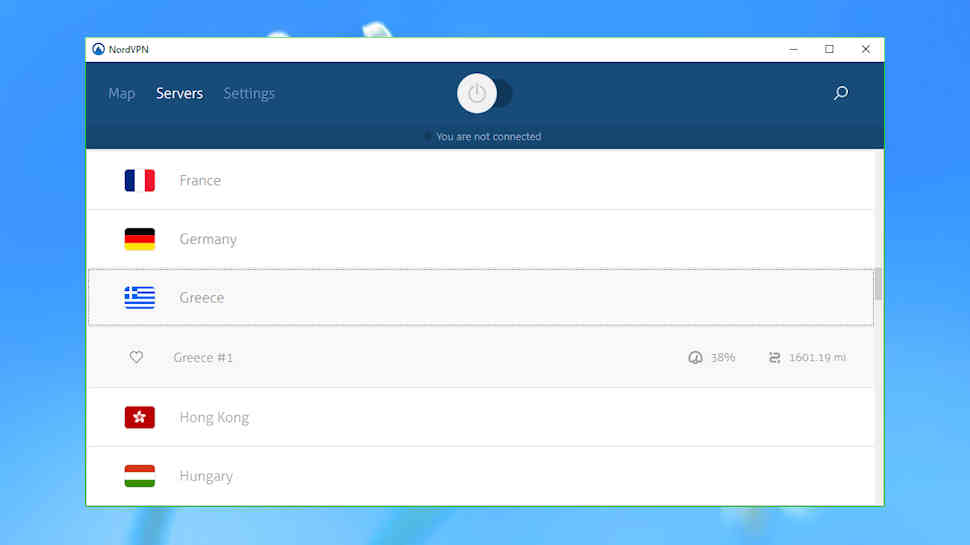 The NordVPN website says the company operates a "strict no log policy", stating: "We don’t track when our users go online, to which servers they connect, which websites they visit or what files they download."

While this sounds very clear, there's still the issue of what happens to session data, the records created when you initially connect to the service. NordVPN's privacy policy doesn't mention this at all, but the terms of service page is rather more specific: "NordVPN does not monitor, store or record logs for any VPN user. We do not store connection time stamps, used bandwidth, traffic logs, IP addresses."

We're always a little sceptical of no-logging policies, as there's no way to tell whether the company is really following the practices it claims. But even if you never trust any VPN about anything, NordVPN has a significant privacy plus given its location in Panama, outside of the regular US and European jurisdiction. Even if there were logs of some kind, it's going to be much more difficult for anyone to get them.

We browsed the rest of NordVPN's privacy policy, but couldn't spot any major hidden catches. The company asks for your email address when you sign up, uses Google Analytics on its website and uses cookies to identify customers referred from affiliates. None of that is ideal, but these are also relatively minor issues that are similar to many other providers.

On the plus side, the company clearly states its policy on customer service and support queries, including live chat. Logs are kept for six months as a reference, but can be deleted earlier if you ask.

We checked out the terms of service, and were surprised by just how fair and reasonable they seemed. Unlike some of the competition, NordVPN's small print doesn't bury sneaky restrictions in 5,000 words of densely-packed legalese. Instead, it's simple, clear and straightforward.

The contract had more items than usual in the list of things you can't do via the service – the company warns that anyone carrying out kidnapping, rape or murder, as well as the usual hacking/spamming/phishing, will have their account cancelled, which is good to know – but otherwise the only surprise was something in the customer's favour: "NordVPN does guarantee a 99.9% server uptime."

We don't know whether the firm achieves that, or what happens if it doesn’t, but we like the ambition – most VPNs don't make any kind of uptime promise at all. Getting started with a NordVPN trial seemed like it was going to be easy. We entered our email address, chose a password and a welcome email arrived seconds later. We clicked the activation link, and… it redirected to the nordvpn.com home page without displaying any activation message. Pasting the link directly into a couple of browsers had the same result.

While that wasn't a good sign, it gave us a chance to test the support system. We tapped the Support button and typed an explanation in the live chat window. An agent joined us and said hello within around 15 seconds, and reported back around a minute later. For some reason our account was already activated, but he had reset our password to ensure we could now log in (and yes, we could).

We would have preferred the activation system to work as it should have done in the first place, but every service has occasional issues, and what's important here is our problem was fixed almost immediately.

We headed off to the Download link on the NordVPN website. This highlighted the client for our current Windows 10 system at the top of the page, but also provided links to the Android, iOS and Mac clients, as well as tutorials for setting the VPN connection up on other devices.

It's always encouraging to see a company with the resources to produce its own apps. NordVPN's offerings also seem to be regularly updated – the last release was within weeks of our tests – and both the iOS and Android apps had four star ratings from other users.

We opted for the Windows client, which proved surprisingly simple to install. The only option presented was an installation folder, and even that can safely be left at the default, so within a couple of clicks we were done.

The client has been updated since we last looked at NordVPN, and now opens by displaying all the available servers on a map. This is nicely implemented and works just as you'd expect: left click and drag to pan around the map, spin the mouse wheel to zoom in and out, click a location to connect.

The client also provides a simple text list of countries. A ‘server load’ figure helps to identify the best connection, or you can tap the recommended choice to access the nearest server. Whatever you choose, a favourites system makes it easier to locate next time.

The Settings dialog is impressive, too. It's not just ‘start with Windows’ or ‘launch minimised’: there's a customisable kill switch, you can set your own custom DNS, select TCP or UDP protocol, or hide the server map or list. There's even an option to use miles or kilometres when specifying server distances.

There are thoughtful touches everywhere. The Connect button normally appears on the main screen, for instance, and if you head off to Settings you'll have to close that dialog before you can get online. Not here: Connect appears at the top of the window and is accessible everywhere, so you're never more than one click away from getting online.

Performance is almost as impressive. In our tests*, short UK to UK connections reached 30Mbps, we managed 20 to 25Mbps to Italy and Sweden, and 25Mbps plus to the US. We had to make very long distance connections to find any issues – India gave us barely 1Mbps download speeds – but there were exceptions, even in this case. UK to Australia connections managed a very usable 10Mbps, and Hong Kong was even better at 15Mbps. Latency increased significantly as we moved away, but browsing still generally felt snappy and responsive.

Even more importantly, NordVPN delivered on its privacy promises at every stage: servers were in the expected locations, our IP address was updated and DNS and WebRTC leaks were automatically blocked.

A quality VPN which is fast and user-friendly, with a host of powerful features and some great clients. If you're a regular VPN user, consider the two-year plan for the best value.

*Our testing included evaluating general performance (browsing, streaming video). We also used speedtest.net to measure latency, upload and download speeds, and then tested immediately again with the VPN turned off, to check for any difference (over several rounds of testing). We then compared these results to other VPN services we've reviewed. Of course, do note that VPN performance is difficult to measure as there are so many variables.