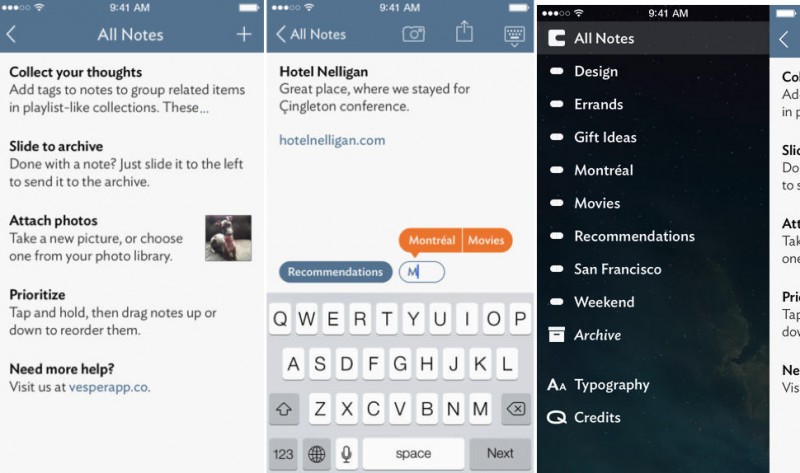 Originally released in June, Vesper offers a simplistic user interface that focuses on quick input and customizable organization, using a “tags” based system to easily group items into collections. The app also supports photos in addition to text along with an in-app browser, and drag and drop functionality for organization.

Vesper can be downloaded from the App Store for $4.99. [Direct Link]