Now “Look Inside” feature is available for Kindle ebooks, by Piotr Kowalczyk 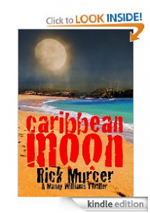 Recently, somewhere around the launch of Kindle Cloud Reader, I’ve noticed another new functionality for Kindle users – and in my opinion this is big. Now Look Inside, the feature you well know from printed editions of books sold on Amazon, works also for Kindle ebooks!

Already in late May some Kindle authors were reporting at Kindle Boards having this feature on their books’ pages. KDP explained in an e-mail:

“We’re currently testing our Look Inside the Book feature for various Kindle titles.”

I’ve checked several titles and all of them were displaying the Look Inside logo above the cover. It seems that the feature is being currently implemented, also in UK and German Kindle Stores.

When you click on the cover, a window opens with the same interface as in printed edition. You can easily switch between editions (if print is available, otherwise the Print Book tab is dimmed), so that you can compare the content. However, opposite to print version, you can’t search through the content of the Kindle edition.

I’ve checked how the feature works in Safari on an iPad and I don’t recommend to use it. The book’s content box is behaving oddly. The feature is clearly not formatted for mobile browsers yet.

I’ve also compared a couple of free samples downloaded to Kindle for iOS with the content displayed in Look Inside. Both length and formatting are similar. In other words, Look Inside is a free sample of the book you can read in a web browser before downloading it to a device.

When it comes to minimizing the harm from Apple’s new in-app purchase rules, Look Inside is a much smarter solution than Cloud Reader. I’ll hardly use the web-based reader as it never will be as fast as seamless as a native app. The whole Apple-Amazon fight was about Buy Now links at the end of free samples. Instead of creating a possibility of having them at all (Cloud Reader), it’s much better to reduce the number of downloads of free samples to Kindle for iOS (Look Inside).

One more thing. Look Inside is not the same as Kindle for the Web. The second one, described in more detail here, can be found on pages with print edition and is displaying its content – but linking to Kindle version.