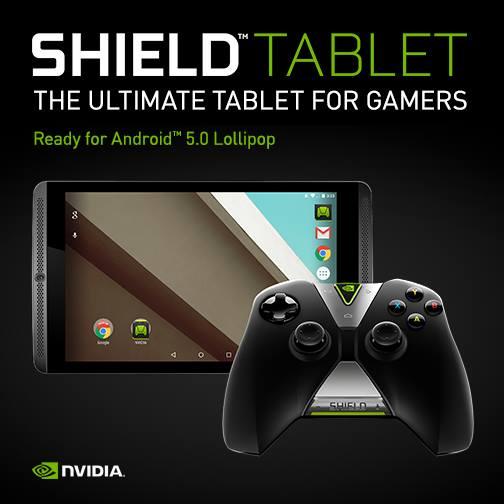 Good news!  Yet another manufacturer has spoke up and has promised an upgrade to Android 5.0 Lollipop for their device.  The latest to join the party is NVIDIA and their Shield Tablet.  Just in case you forgot what the Shield brings to the table, here are the specs:

Interestingly, NVIDIA tweeted that “Android 5.0 Lollipop and more” will hit the Shield Tablet.  What is the more?  Unfortunately they didn’t really give any indications. but my best guess is that it’s some new proprietary apps or software but, again, that’s just personal speculation.

NVIDIA hasn’t given any time frame on the update nor have they mentioned the original Shield Portable.  Given that they leave Android pretty stock, the update should hopefully be on the quicker side.  We’ll be sure to pass on more info as we hear more.

NVIDIA Also Promising Lollipop For The Shield Tablet is a post from: Android in Canada Blog