NVIDIA SHIELD owners who are participating in the manufacturer’s private preview program should now be receiving an update to SHIELD Preview 7.1 according to Redditor ‘Nogster,’ whose post has since been removed.  Most notably, the update enables support for 120Hz display output to monitors or televisions that support that refresh rate. That applies to the NVIDIA SHIELD (2015) and NVIDIA SHIELD Pro (2015) as well as the 2017 version of the NVIDIA SHIELD. Each of the devices will also be able to enable and use NVIDIA Share with this update. That basically enables users to capture in-game screenshots and footage for easier sharing and is something that was removed with the update to Android Oreo.

Beyond that, the company has added a new method for putting the hardware into sleep mode much more quickly. Following the update, that can be accomplished by tapping the home button and the back button at the same time. On the other hand, there are some changes to software version 7.1 that aren’t consistent across all NVIDIA SHIELD devices. For the 2015 models, NVIDIA is adding back both a ‘Restart’ and a ‘Power Off’ option to Quick Settings. The newer SHIELD device, conversely, will only see the ‘Restart’ option added back. As with NVIDIA Share, both of those were included in software on the systems prior to Android Oreo but had been taken off with that update. Finally, all of the aforementioned devices is an update which applies to the associated peripherals. The changelog doesn’t note any specific changes with those so it’s probably safe to assume the new software optimizes those to work well with the larger update to the Android TV-powered NVIDIA boxes.

This isn’t necessarily a big update for NVIDIA SHIELD users and the rollout currently only applies to early preview members. However, each of those changes appears to at very least be another positive move forward for the systems, especially with consideration for features that had been removed due to updates in the underlying OS. Those who aren’t involved in the company’s early access program, meanwhile, will have to wait a bit longer before the features start to land on their NVIDIA SHIELD Android TV boxes. 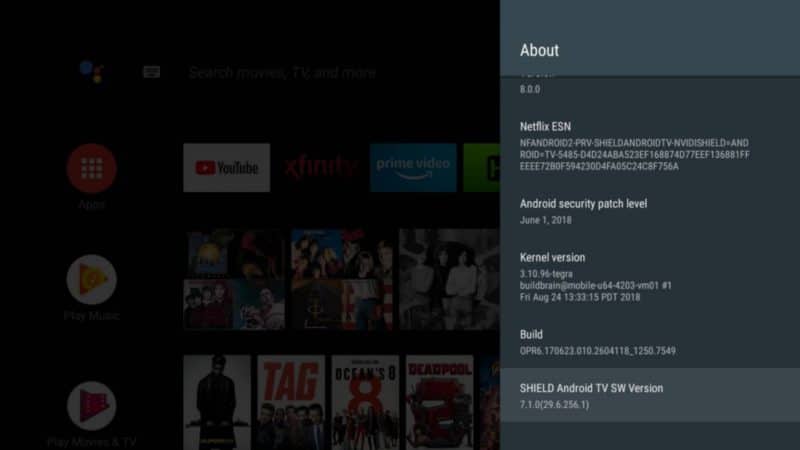 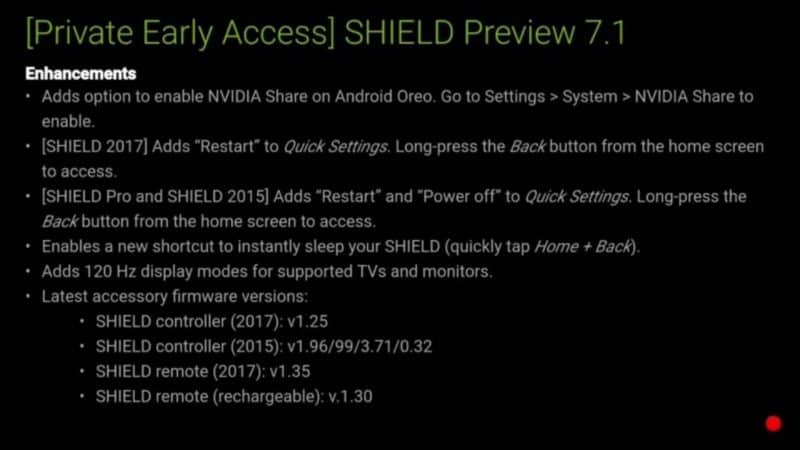