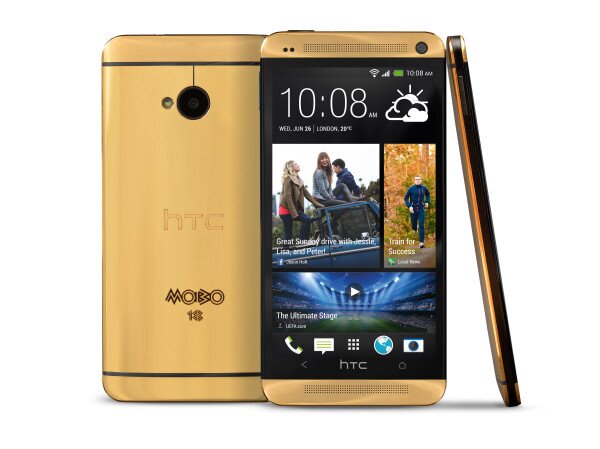 It was a few weeks ago we showed you guys the product of HTC’s partnership with Goldgenie: an 18-karat gold HTC One. Designed to be little more than an award for the 18th annual MOBO Awards, only 5 of these blinged-out devices were made. HTC was mum on plans for the rest of them, but it looks like we now know where one is headed.

In fun Willy Wonka contest fashion, UK carrier O2 announced that they’d be giving away one of these 18k gold HTC Ones. The contest rules are easy. Simply buy the device between today and Sunday (Oct. 20th) from an O2 store, and inside each HTC One box will be a single golden ticket. Entering the code online will let customers know if they’ve just won the most elusive smartphone ever made, valued at £2,750.

Winners will also receive complimentary tickets to the MOBO awards where they can show off their flashy new One (matching grill not included). You can find out more contest details down below. Those UK kids get all the fun.