Microsoft has updated its OneDrive app for iOS with new 'Peek' and 'Pop' support for owners with 3D Touch-enabled devices.

The 7.1 update to the cloud storage app means iPhone 6s and 6s Plus users can now get instant previews of file and folder contents using a lighter press, while a deeper press 'pops' open the uploaded content. 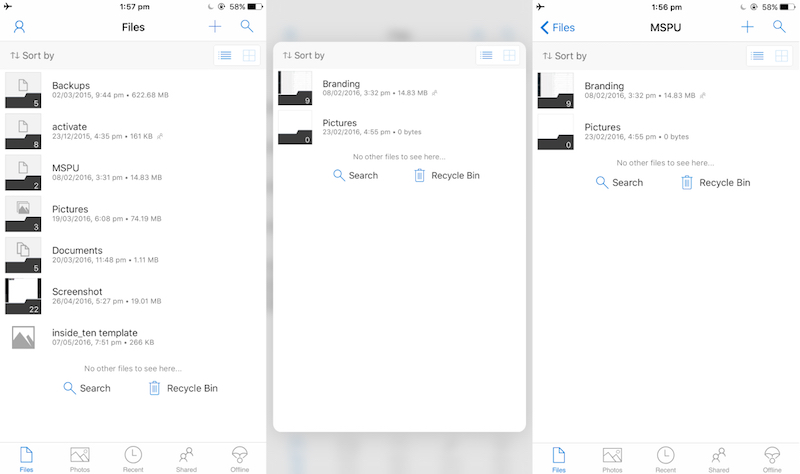 Other changes to OneDrive include a new-look interface and a new feature that lets users shake their device to let Microsoft know if they are having issues with the service.

Last week, Microsoft began sending out email alerts to OneDrive users, warning holders of free 15GB accounts that their storage would be reduced to 5GB on August 10.

The 5GB limit has been in effect for new accounts for a while now, but Microsoft reneged on plans to force the reduction upon long-time subscribers, who were later given the option to keep their extra free space after widespread complaints.

OneDrive is available as a free download for iPhone and iPad on the App Store. [Direct Link]