OnePlus: everyone calm down, the OnePlus 2 will run cool (and be priced higher than $322) 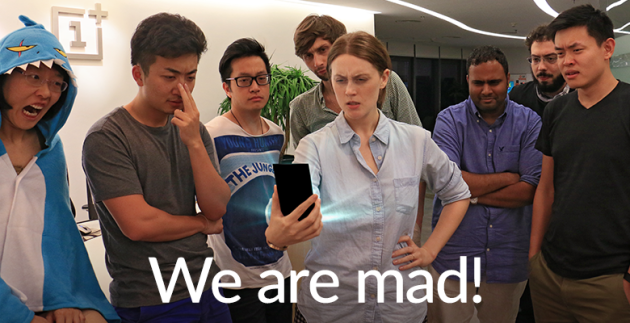 Following the announcement of the upcoming OnePlus 2’s processor, people began to speculate on a few things. The company will utilize a new version of the Snapdragon 810, a component that has plagued by overheating issues in the past. People immediately claimed that the OnePlus 2 would face the same overheating issues despite OnePlus explaining its decision to go with the newer version. Apparently, people are also talking about the OnePlus 2’s pricing. OnePlus will have none of that and urges people to wait and see their next handset before making any assumptions.

“The 810 is much more powerful than its younger counterpart, the 801, and is a much more expensive component. We’re paying more for the 810 than we ever have for the 801. In fact, the cost is almost 60% higher, and we’re not getting any discount.”

The failure to get the processor at a discount, which seems totally normal, means that a premium will be placed on the OnePlus 2:

“We can tell you now that the price of the 2 will certainly be higher than $322. But, the 810 is a top-of-the-line processor, and it’s what the OnePlus 2 deserves. Our Snapdragon 810 chipset runs the same eight cores for stability, but at 1.8 GHz for cooler temperatures. We’ve taken precautions to make sure none of our users have to settle.”

OnePlus may be right in saying that we should wait for the OnePlus 2 to make any assumptions, but do realize that this company has had a very tough time since launching its first handset. Consistently, OnePlus has run into problems: botching production, missing deadlines, implementing awkward availability methods, and even offending people. Every few months, it seems that an apology is issued by OnePlus. We can only hope that everything goes smoothly with the launch of the OnePlus 2.

Come comment on this article: OnePlus: everyone calm down, the OnePlus 2 will run cool (and be priced higher than $322)