OnePlus Goes After The S5 In Latest Comparison Chart 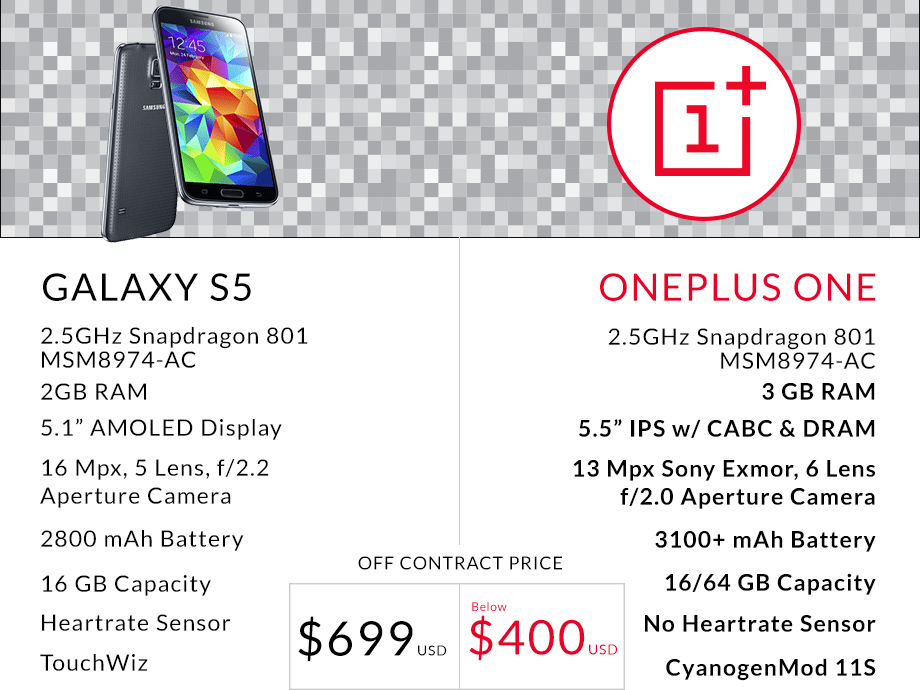 A little while back OnePlus showed the world, via a comparison chart, why their One was better than HTC’s.  Now the OnePlus team is back to show you why your hard earned money should go towards their upcoming device rather than the Galaxy S5.

This particular comparison chart isn’t quite as cheeky as the HTC One (M8) chart but it clearly shows that the OnePlus One can hold its own against what will likely be the most popular Android smartphone of 2014.  The biggest draw, of course, for the OnePlus One will undoubtedly be the price.  We still don’t have a concrete price but the announcement is just a couple of weeks away!

OnePlus Goes After The S5 In Latest Comparison Chart is a post from: Android in Canada Blog

The post OnePlus Goes After The S5 In Latest Comparison Chart appeared first on Android in Canada Blog.