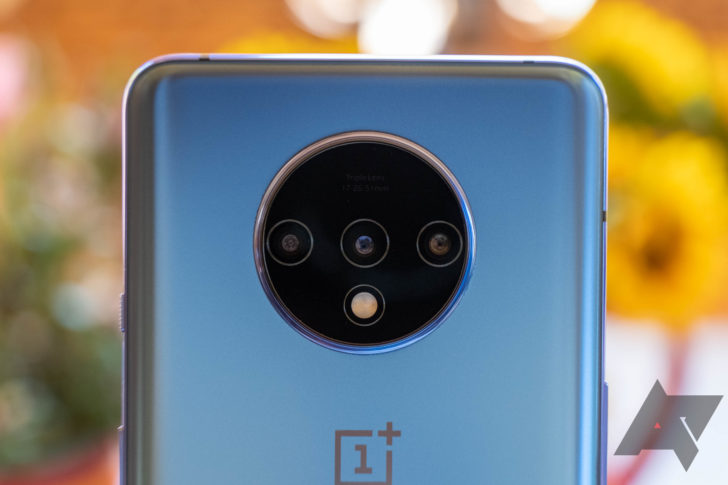 OxygenOS Beta 5 and Beta 15 have started rolling out for the OnePlus 7T and 7 series, respectively, delivering a handful of new features, the latest security patches, some updated branding, and a pile of smaller fixes. Among the headlining changes are a "notification bar" shortcut for Dark Mode, tweaks to the default dialer app's interface to surface frequently called contacts, and Bluetooth hearing aid support, plus the latest patches. Note: Although the changelog claims that this update brings back the one-handed mode that OnePlus has been testing since the beginning of the year, the company says that is incorrect, and the feature is not included in this build.

The full changelog for both the Beta 5 and Beta 15 release is just below. Note: There have been two separate changelogs published for these versions, and the discrepancy between the two is noted in italics.

When the update initially rolled out, the changelog claimed that it included the return of one-handed mode, which has come and gone across OnePlus betas this year. It seems like OnePlus still hasn't quite decided how it wants to implement the feature, which previously resized/cropped the display to make it easier to use one-handed via a downward swipe along the edges of the screen. Reports indicated that the feature wasn't actually present, and the company has since published a correction to the changelog in its forum, explaining that the feature isn't actually present in this version, following a formal announcement of the release.

OnePlus previously said that a Dark Mode toggle was going to be added to quick settings after we complained about it being missing, and now it's here.

Curiously, OnePlus didn't previously support Bluetooth hearing aids under the ASHA standard, (though I thought that was supposed to be a part of Android 10), but that's also landing as part of this update. It should allow you to pair supported hearing aids to be used as regular Bluetooth headphones with the 7T.

The company is also tweaking the dialer app's interface to show your frequently dialed contacts, seemingly separately from your manually-set favorites — perhaps with a new tab? Add to this some updated iconography to accommodate the company's recent rebranding efforts, and a better step counter on the still-useless Shelf (the left-most pane of the stock launcher on OnePlus phones before the 8 series, outside T-Mobile variants).

This builds on changes introduced in the previous update, like the snazzy new clock styles for the Ambient Display. Following our initial publication of the update, OnePlus published its formal announcements for both the 7T and 7 Series to its company forums, as well as a correction regarding the changelog. Again: One-handed mode is not actually included in these two releases, even though the changelog claims it is.

Two weeks after the update started rolling out, download links for Beta 5 and 15 have been posted by the company:

Links for other models and regions have also been published. You can check OnePlus' Downloads & Updates site for your market for more details.

OnePlus has since published formal announcements for Beta 5 and Beta 15 for both the 7 series and 7T series, noting that the one-handed mode item in the changelog is an error, and the feature is not actually included. Our coverage has been updated with these details.

OnePlus has posted official download links for these two betas, included in our coverage above.