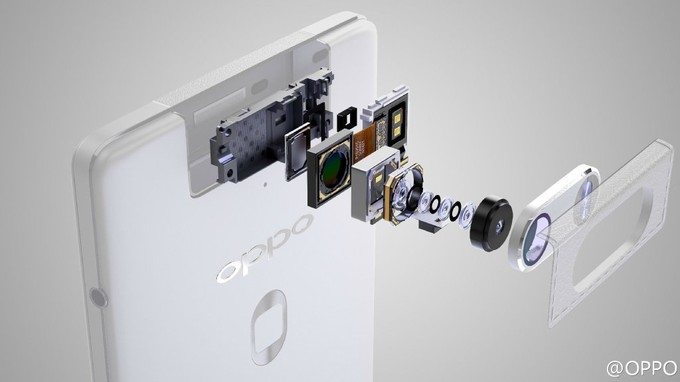 Here’s another teaser from Oppo.  This time around they show off a broken down picture of the unique 16MP swivel camera of the N3 so we can see all the beautiful parts that bring it together.  In addition to the broken down camera we get yet another angle of the device itself.  On the back you’ll notice a button that many believe to be a fingerprint reader.  It appears that this is a touch style reader as oppose to the often less reliable swipe style reader.

Another interesting design cue that this latest teaser shows off is that the 3.5mm headphone jack appears to be on the side of the device.  I don’t know that I’ve ever see a phone with this jack on the side and I really don’t think I like it.  It is possible that the round circle is a power button but to me, it sure looks like the headphone jack.

Just another week before this device is official!

Oppo N3 Camera Broken Down – Fingerprint Reader Makes Another Appearance is a post from: Android in Canada Blog