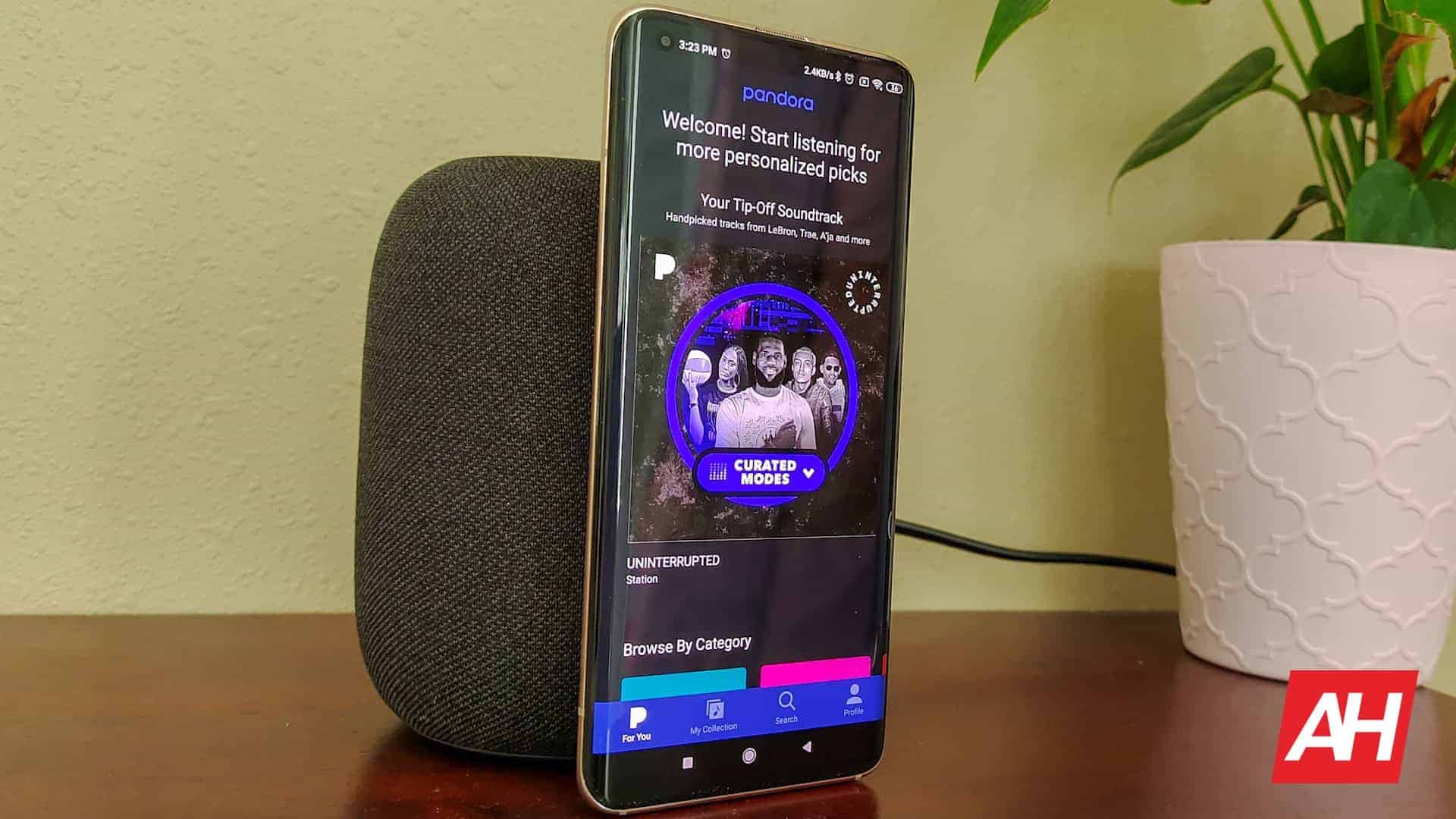 Collaborative efforts between Sirius XM and Pandora have continued with the launch of a new UNINTERRUPTED Radio station. Found in the Pandora app and on the web, the company announced the station today. But this one isn't quite like any other listening list ever devised by the company. Rather than focusing curation on the user, UNINTERRUPTED Radio pools songs from top NBA and WNBA athletes' playlists.

That means that users can now gear up for a game or wind down from one with exactly the same music as their favorite players. That includes playlists curated for and listened to by LeBron James, Kyle Kuzma, Trae Young, A'ja Wilson, Draymond Green, Lonzo Ball, Skylar Diggens-Smith, Tobias Harris, Angel McCoughtry, and more.

From the very start, Pandora is offering no fewer than three 'sub-stations' for UNINTERRUPTED Radio found in the app and online. Those are Tip-Off Mode, Vet Mode, and Postgame Mode.

As implied by the titles here, Tip-Off Mode is intended to help users get 'hyped up' for game time. The playlist currently features music from Meek Mill, Pop Smoke, Megan Thee Stallion, and others. Vet Mode is filled with hip-hop tracks from back in the day. That includes hits from Jay-Z, Tupac, Notorious BIG, and more. Finally, Postgame Mode is more relaxed. It features the likes of Rod Wave, Summer Walker, and Wale.

Of course, the playlists as they stand aren't necessarily permanent and neither is the number of available sub-stations. Pandora indicates that more will be added as the station — and likely the players' playlists — 'evolve'. That means there will undoubtedly be new music stacked in and possibly more playlists added as well, to better fit with various aspects of the game for both NBA and WNBA fans.

This is available right now

Pandora users can discover and listen to the latest station and its sub-stations starting today, joining others that the company has rolled out recently. That's just in time for the resumption of the NBA 2020 season — kicking off from the NBA bubble in Orlando's Disney World's ESPN Wide World of Sports. And it's just in time for the WNBA season, happening now from the WNBA bubble in Bradenton, Florida. But that's not the only news associated with this.

Since this is a collaborative effort, SiriusXM's The Heat will be airing the playlist too. That'll take the form of 'The best of UNINTERRUPTED Radio and associated playlists during an 'UNINTERRUPTED Radio Takeover'. The announcement indicates that will be happening over the weekend. And, of course, The Heat can be found on channel 46.