This review is going to be a lot more in-depth than most of my previous ones. I have been using Paperboy since last December, and over the course of times I have learnt so much about not just the app, but also the effort the developer put in over that duration.

Firstly, a brief description about Paperboy: Paperboy is a reader application with a focus being on providing a very neat and smooth user interface, avoiding some of the issues more famous applications suffered from. For example, I found Pulse for a long time to have issues with scrolling.

Historically, such apps have been very stripped down, which isn’t the case with Paperboy at all. In fact, Paperboy provides an interface every bit as attractive as Pulse, without suffering from any of the glitches. It also focussed heavily on offline reading which is crucial for markets like India, where the developer is based out of. 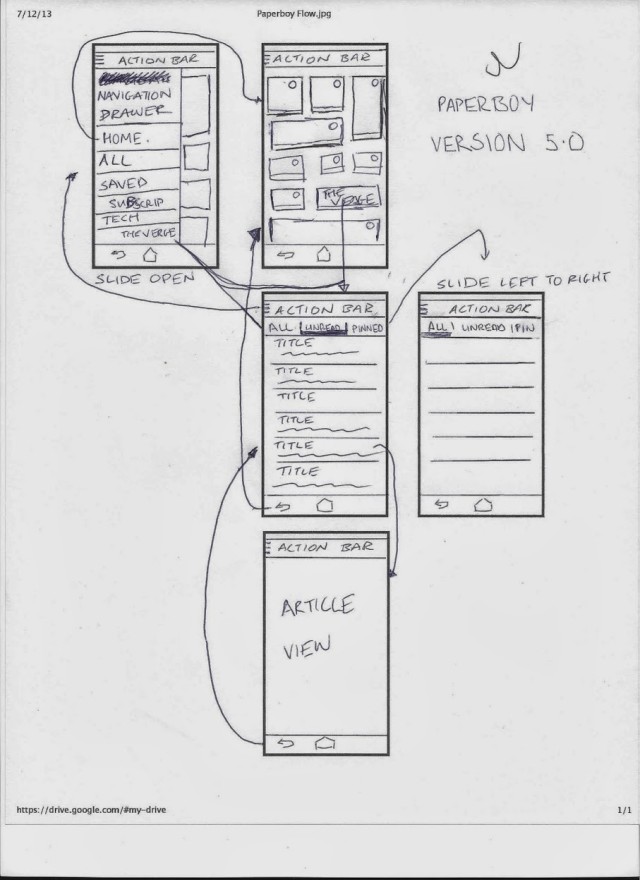 I’ve mentioned on a few occasions before that my favorite announcement at Google I/O in May was the Alpha/Beta channel for developers on Google Play. I personally have always believed that it is crucial to have user feedback at an early stage to help shape the app, but for smaller developers it was never easy to do so.

The Play Store’s implementation of this is amazing. The only friction to joining a beta program for a tester is to join a Google+ community that the developer has whitelisted. While this might reduce the overall number of testers, it actually increases the power of the system by a significant amount.

In Paperboy’s case, the feedback from testers has been amazing, and it hasn’t just been bug reports or usability issues that any app might come across. There have been several minor feature requests that have improved the quality of the experience tremendously, others have made suggestions at various places regarding design choices. Some have gone as far as to draw detailed wireframes.

A major reason for Paperboy’s success with the Beta channel has been the responsiveness by the developer. With an average of two beta releases a week, as a user you know the suggestions you are making will be incorporated quickly, and hence you are more likely to share your views.

And, as always, the user benefits from getting early access to the app’s updates, such as the Pocket integration which is available to beta users right now, but not the public.

Power to the User

A general rule for user experience is to not bombard users with options. This is something followed closely by a lot of the larger apps out there. The issue is that different users have different needs, and Android users are typically more likely to want to personalize an application.

Paperboy does a great job offering a wide range of options. For example, while I like images, I want to quickly get down to reading an interesting post. Paperboy allows you to make your interface “image heavy” or “text heavy”. By default, their sort order pushes popular posts to the top, but I’m certain quite a few would rather see them sorted chronologically. Would you rather see a list of articles when entering a particular feed, instead of the first one? You can do so. Need more aggressive refreshing of your content, or even the time period in the day that it performs the syncing? No problem.

This allows you to really make the app your own. I’ve changed at least half of the default settings because of a few of my idiosyncrasies, such as an awkward time schedule which doesn’t work well with the app’s 8 AM to 8 PM refresh window. It is quite unlikely that there is something within the app that you would want to change, but can’t. 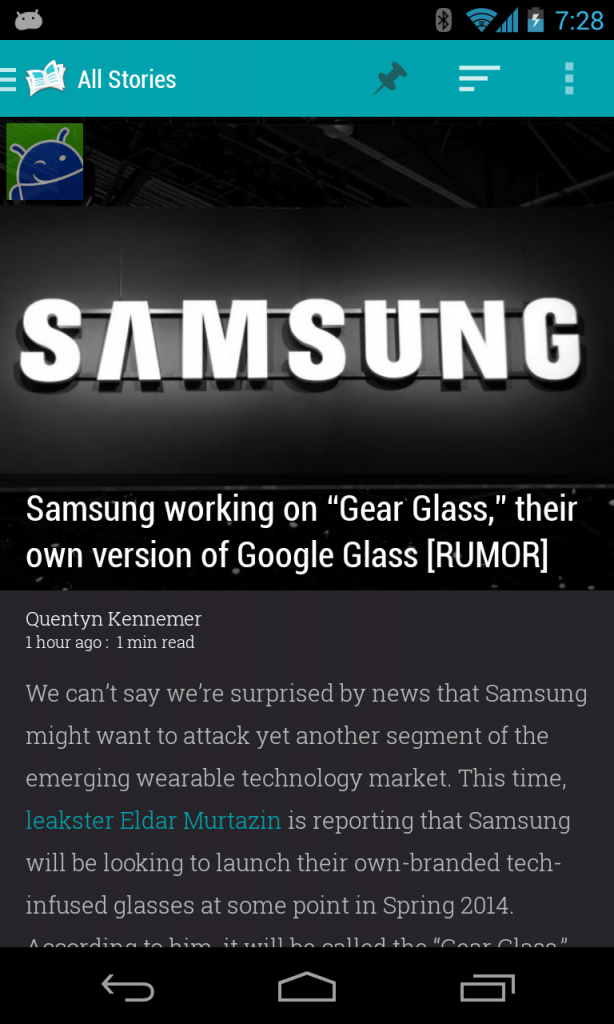 At the end of the day, Paperboy is a reading app, and it needs to nail down that experience. Fortunately, particularly when combined with the options offered, it really does so. Like I mentioned at the start, speed is a key element here when it comes to reading and scrolling.

One aspect that Paperboy does better than any other app that I have seen is the way it offers the ability to read the article one the source’s website. Surprisingly, considering how common it is for sources’ to limit the length of their posts on RSS feeds, even big apps like Pulse have poor experience in this regard. This boils down to WebViews, and the fact that they are pretty slow unless the developer makes some changes.

On Paperboy, it is snappy enough that I don’t wish I were offered to launch in the browser by default. It also has a neat little easter egg of sorts that allows you to browse through the posts using the volume buttons, which has come in handy while travelling.

If you are a Feedly user, you probably aren’t short of third-party options. However, if you are a Feedly Pro user, then Paperboy is the only third party app out there that gives you access to Pro features. Currently, that is limited to search. As a non-Pro user, but that doesn’t mean I’m left out: they’ve built their own search feature within the app which automatically decides whether to use Feedly’s service or theirs.

I can’t recommend Paperboy enough, and definitely recommend joining the Beta channel in particular. You can join the community over here, or download the app from the Play Store over here.