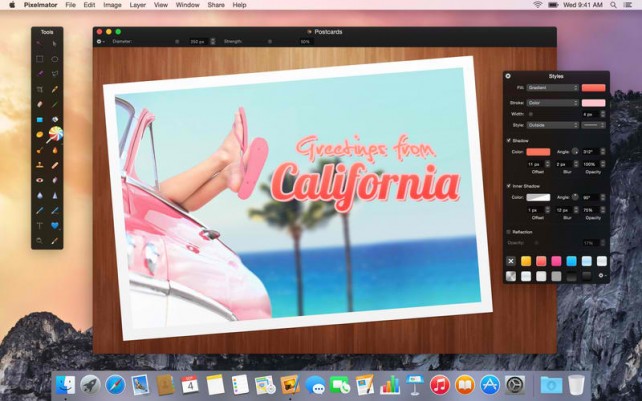 Just a couple of weeks after releasing its long-awaited iPad app, the Pixelmator Team has updated its flagship image-editing app for Mac to version 3.3 with several significant enhancements.

On the whole, Pixelmator 3.3 for Mac, codenamed “Limestone,” is focused on OS X Yosemite.

First off, the app now boasts a new interface inspired by the look and feel of the latest major version of Apples desktop operating system. As noted by the Pixelmator Team:

Pixelmator 3.3 Limestone has been redesigned with an all-new look and feel inspired by OS X Yosemite. It keeps the black interface Pixelmator fans love, but enhances it with translucent elements to cohere with OS X Yosemites fresh and modern look, all while maintaining the power and speed users expect from Pixelmator.

The latest update to the app also boasts full support for the new features and technologies built into OS X Yosemite. These include iCloud Drive integration for saving and accessing image files across Apple devices, and extension support for using Pixelmators repair tool in other apps.

Pixelmator for iPad, which is compatible with iPad running iOS 8.0 or later, is available on the App Store for $4.99.

Pixelmator for Mac updated with significant enhancements for OS X Yosemite is a story by AppAdvice.com
AppAdvice - iPhone, iPad, iPod, App Reviews + News
Get the latest tips & apps for your Smartphone