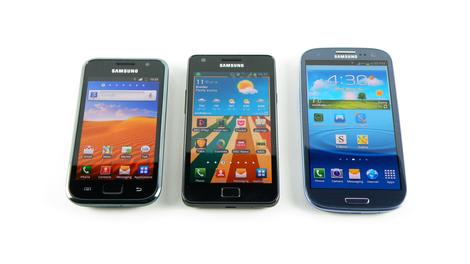 Anyone hoping that the Samsung Galaxy S4 will arrive sporting a new, brushed aluminium body at its launch event next week may be disappointed as the Korean firms sings the praises of plastic.

Y.H. Lee, Samsung's executive vice president of mobile business told Cnet that a key factor in what materials are selected for its devices is how efficiently it can be manufactured, with straight forward plastic the quickest and easiest medium to work with.

Another reason for opting for a plastic finish for its flagship devices such as the Galaxy S2, Galaxy S3 and Galaxy Note 2 is the durability factor it provides, allowing an additional level of bend and flex which you don't get with the more advance polycarbonate and metallic finishes.

That said, Samsung hasn't exactly done a bad job with its plastic clad creations, with our own Phones and Tablets Editor, Gareth Beavis, declaring the Galaxy S3 had "a lovely back".

Although when you're going to be paying through the roof for a smartphone you want it to justify the price when you hold it in your hand - it's fair to say that the iPhone 5 exudes premium quality and we are also pretty smitten with the aluminium HTC One.

Samsung's range of top end handsets however fail to really hit the same premium heights, and while there's no questioning the power and features its phones pack, it does feel like the Korean firm is skimping on the chassis.

Lee didn't confirm that the Galaxy S4 would definitely sport a plastic chassis but that seems to be the case from the points that have been put across - unless Samsung is playing us in order to drop a big surprise at the official event on March 14, that is.

Either way, we'll be at the New York unveiling to bring you all the news and, of course, our hands-on Samsung Galaxy S4 review.