I still remember my first gaming console. For months I was hooked on blocky 8-bit scenes with a repetitive soundtrack of bloops and bleeps. Back then the graphics were primitive, the choice of titles was limited, and gaming was strictly an indoors activity. Today, things are different.

We recently launched Nexus Player, the first streaming media and gaming device that brings Android to your TV. Thanks to thousands of games and free online multiplayer, Android is already the first choice for many casual and experienced gamers. And with Android now on screens big and small, you can sneak a quick game while you’re out on the road, then keep playing at home on your HDTV.

Nexus Player makes the perfect holiday gift for family fun and immersive play on the biggest screen in your home. Here’s a quick look at some upcoming titles and a round-up of recently-launched favorites. 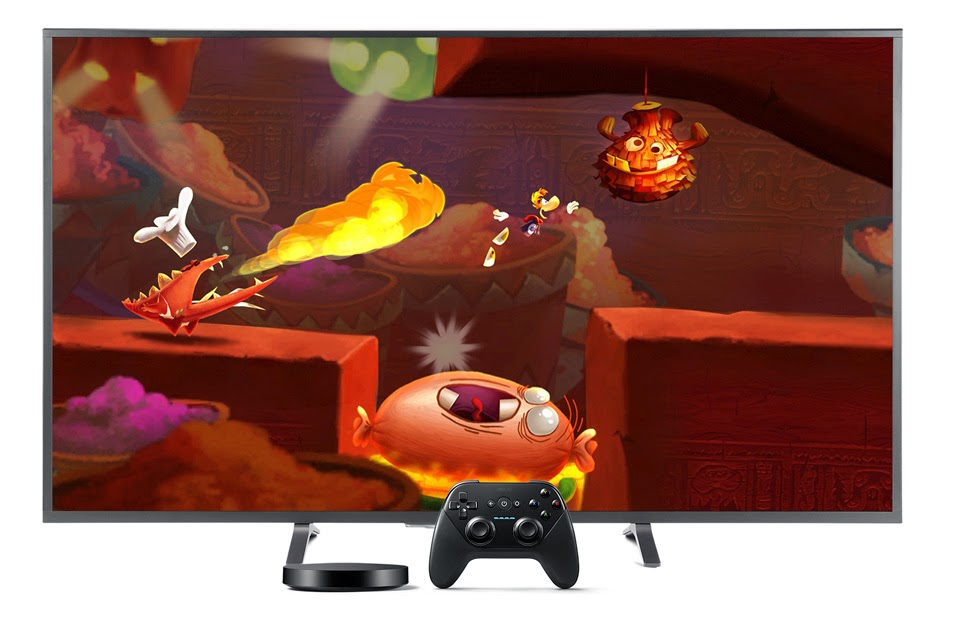 Rayman Fiesta Run brings Ubisoft’s classic, wacky and lovable character Rayman to your living room. Jumping and rolling through this beautiful fantasy world looks incredible on your TV. And if you grew up like me, spending countless hours collecting video game stars and coins, you’ll quickly fall for this title with a Gamepad for Nexus Player.

New games are coming in every week and there are now more than 60 titles available on Google Play. Some of our favorite new arrivals include:

If you’re looking for a great way to spend the holidays, or to level up your love for Android gaming, grab the Nexus Player and Gamepad for Nexus Player in the Play Store. Nexus Player comes with Badland and a $20 Google Play credit that you can use for games, movies and more.

Enjoy the holidays, whatever (and wherever) you’re playing!