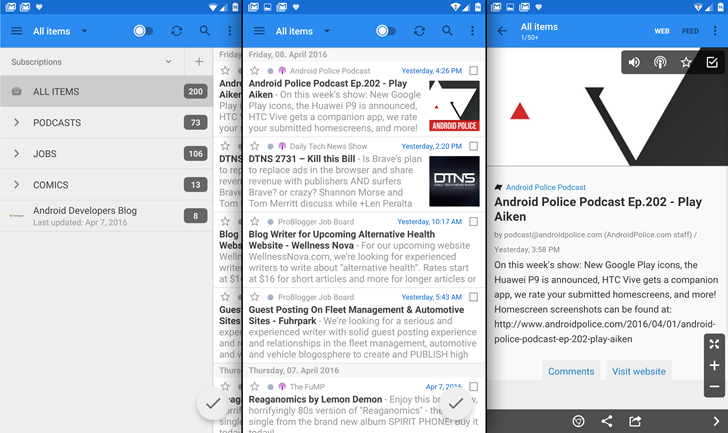 Android users have been able to rely on gReader to collect and manage their RSS feeds for years, but it appears that's over. The app disappeared from the Play Store without warning yesterday. Going to the URL only produces an error now. We've reached out to the developer but have not gotten a response.

This app emerged at the tail end of Google Reader's existence, but it transcended Google's platform. It continued to help users keep on top of the news for years after Google Reader shut down. We've covered it repeatedly over the years, and the Play Store showed more than a million downloads before its disappearance.

There's no doubt gReader's development slowed over the years. The last update was in 2016, but the app still seemed to function well enough. The developer's website is still live as well. It's possible the dev just decided to walk away from gReader, but why remove the listing? Perhaps the app was in violation of some Play Store rule and Google removed it because the dev is no longer paying attention. We'll post an update if we do get word from the developer.