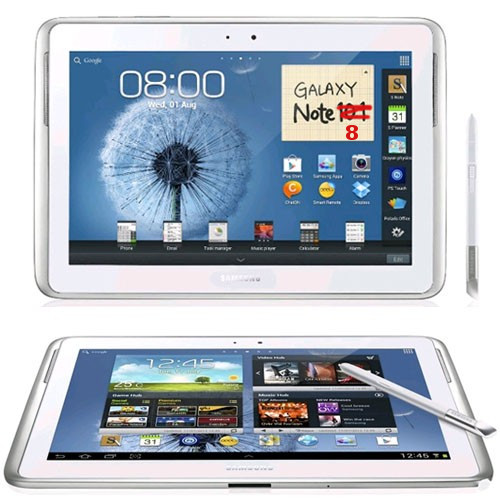 You’ve seen some pictures, and more pictures, and read the leaked information about the Samsung Galaxy Note 8.0, Samsung’s latest version of a device utilizing their S Pen. All indications up to now were that the device would be officially unveiled at Mobile World Congress in Barcelona. However, European site Mobile Geeks has discovered several online retailers listing the Galaxy Note 8.0 as being available starting on February 19, 2013, about a week prior to MWC. It appears two versions of the GT-N5100, the 3G capable model, will be available with either 16GB of 32GB of memory. There is no information available regarding the GT-N5110 wi-fi only model, but we would expect it to be available at the same time if the dates are accurate.

The question now is whether these sites listing the Galaxy Note 8.0 have revealed actual availability information or whether they are just creating placeholder pages in anticipation of the device being available later in February after MWC.